Australian Karl Vilips earned his second major amateur championship title in the US firing a five-under par 67 for a one shot victory over American Stoney Crouch at the 111th Southern Amateur Championship played at The Country Club of North Carolina. 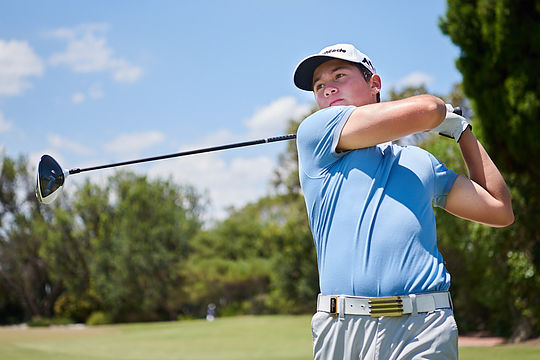 The win was timely for Vilips who finished runner-up last month at the Western Junior and will more than likely seal his spot for the inaugural Junior Presidents Cup team.

Vilips has been based at Saddlebrook Prep in Wesley Chapel in Florida for a number of years and recently committed to Stanford University being the number one ranked 2020 graduate in the US.

Vilips is currently ranked 107 under the Scratch Players with his R&A World ranking likely to improve from the current 291 upon the re-rank on Thursday.

Coached under the watchful eye of Cameron McCormick, who also coaches Jordan Spieth, Vilips’ game continues to go from strength-to-strength since qualifying as a 14-year-old at last year’s US Amateur.

Full credit must go to Vilips who has proved that playing in the US junior amateur circuit outside the Australian domestic system can fast track a player’s development.

Of the remaining Aussies playing at the Southern Amateur, Dylan Perry was the next best Aussie finishing in a tie for 13th position at 5-under, Perry continues his fine run of form from the UK where he made the final of the British Amateur.

Shae Cobb-Wools finished in a tie for 27th at 2-under, with Lachlan Barker at 2-over and a share of 41st position. Blake Collyer and Charlie Dann rounded out the Australian contingent who made the 1-over cut mark.