It was one hell of a fight just to get back to Europe for last week’s Austrian Open but the Gold Coast’s Deyen Lawson will be glad he made the trip.

The 29-year-old, who has limited starts on the European Tour thanks to making the cut at the gruelling European Tour Q-School last year, set the early clubhouse lead at the Euram Bank Open after firing off nine birdies in his opening round including five in a row from the 12th hole at Golf Club Adamstal. 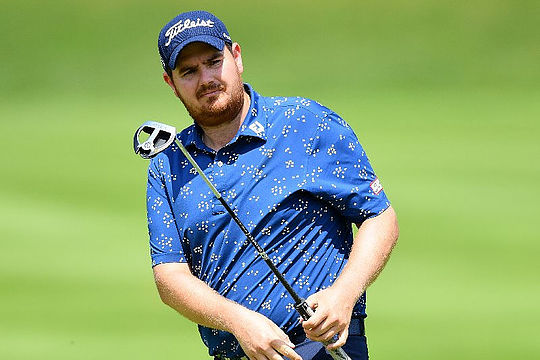 Lawson, who is the lone Aussie again in the field this week, finished the day sharing the lead alongside the Czech Republic’s Stanislav Matus following rounds of 7-under 63.

“I was hitting it steady but made a couple of little errors late on the front nine,” said Lawson.

“I stayed positive and shot-by-shot. I didn’t realise I’d made that many birdies in a row, after the ninth I had six more in seven holes. I just tried to hit each shot as good as I can, not worrying about what it was for – for bogey or birdie.”

“The views are great here, so you just have to look around when you’re a bit frustrated and take your mind off golf. All in all it’s a good start and a good position after round one.”

The pair sit one shot ahead of a trio including Sweden’s Philip Eriksson, Oliver Lindell of Finland and Englishman Jordan Wrisdale on 6-under par.