You might not have heard of her – yet…but there is another Aussie heading off to play at Augusta National this year.

And young Aussie amateur Julienne Soo will also be making history when she joins a group of women who will play one of the world’s great courses when the elite Georgia club hosts its first-ever women’s tournament in April. 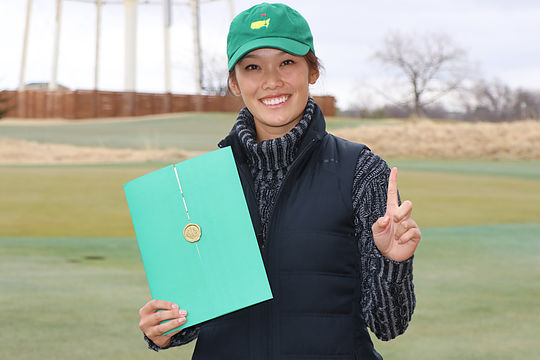 Victorian Soo, just 21, has spent the past three years on a golf scholarship at Oklahoma University before receiving her invitation last week.

Naturally she was over the moon and said she had already begun practising for the biggest week of her life.

“The official list was announced this morning and I was lucky enough to be on that list,” said Soo.

“I was seriously excited when I got the call. I couldn’t believe it.”

“This is such an opportunity and I can’t wait to get out there in April.”

Soo was the only Australian named in the 66 names of 72 players expected to compete in the Augusta National Women’s Amateur Championship with six remaining players still to be revealed.

Soo will still need to play her best golf if she is to actually get to play Augusta National.

That’s because the first 36 holes of the 54-hole tournament will be played at the nearby Champions Retreat course.

There will then be a cut with the leaders heading for Augusta National to make a ‘slice’ of history.

“It’ll be really cool if I get to actually play Augusta, but just the fact that I get to play the tournament, honestly, it’s awesome,” said Soo.

“I’m sure every kid when they were young has always dreamed of going to the Masters.”

“Me, I would always wake up at these god-early hours just to watch the live coverage in Australia.”