Sometimes you have to wonder what goes through the head of Brooks Koepka. Two weeks out from a COVID-induced three-year wait to tee it up again in the Ryder Cup, the former World No.1 is on the front page of Golf Digest complaining about how tough it is to be part of the team.

The US was already working hard to overcome the very public rift between Koepka and Bryson DeChambeau and now Captain Stricker has to deal with another distraction. 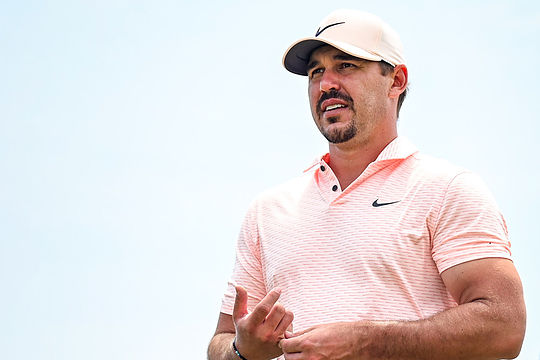 Koepka’s grievances boil down to the fact that he doesn’t want to be told what to do or when to do it. And that’s fair enough…for almost every other week of the year, just not Ryder Cup week.

“It’s a bit odd, if I’m honest. I don’t want to say it’s a bad week. We’re just so individualised [as golfers], and everybody has their routine and a different way of doing things, and now, it’s like, OK, we have to have a meeting at this time or go do this or go do that,” Koepka, who is currently sidelined with a wrist injury, told Golf Digest.

As a professional golfer, he is used to running his own ship but as part of Team USA, he is required to do everything from team meetings to media commitments that eat into his personal time. Tell that to Patrick Reed, Billy Horschel and others, who are clamouring to be part of the team.

Don’t get me wrong, once he’s at Whistling Straits, Koepka will perform. There’s no doubt about that. However, part of being on a team and playing for your country is putting aside your own needs and giving it your all, both on and off the course.

This is why the Europeans perform so well together. It would be almost unfathomable for any European player to be making similar complaints. It’s just not going to happen, let alone publicly.

With one win in the past decade and just three podium finishes since 1993, everyone on the US team has to be 100% committed to the cause.

And that’s exactly what 2008-winning Ryder Cup captain, Paul Azinger, alluded to when asked for his response to Koepka’s comments this week.

“I’m not sure he loves the Ryder Cup that much, if he doesn’t love it, he should relinquish his spot and get people there who do love it,” said Azinger in a press conference.

“Not everybody embraces it. But if you don’t love it, and you’re not sold out, then I think Brooks, especially being hurt, should consider whether or not he really wants to be there. If he’s blatantly honest with himself and doesn’t want to be there, he should come out and say it.”

If the US is to emerge from what has been a decades-long slump, working as a team needs to be their number one focus. And if not, well, Padraig Harrington and his European cohort will be more than happy to notch up their eighth win this century.