Baby-faced Poom Saksansin of Thailand cruised to a comfortable five-shot victory when he closed with a five-under-par 67 to win his first Asian Tour title at the Indonesian Masters on Sunday.

The 23-year-old held a two-shot lead at the start of the day and stayed ahead of his chasers with a round that featured six birdies against one bogey to finish on 18-under-par 270 at the Royale Jakarta Golf Club. 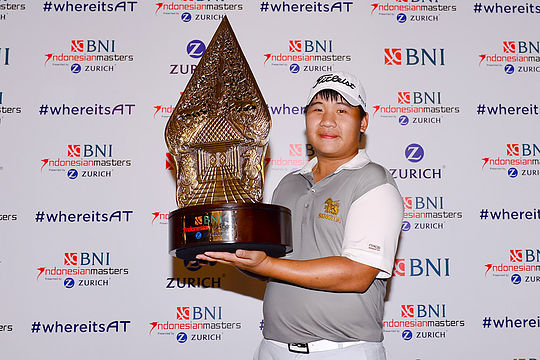 “It feels great to be a champion. I just tried not to make bogeys today.” Poom said, “Anything in the red numbers was good enough for me. Honestly, I was only hoping to make enough money to keep my Asian Tour card. This victory exceeded my expectations.”

The best of the Australian players in the field were Marcus Fraser and Kalem Richardson who finished in a share of 8th place at 10-under par, a shot ahead of Scott Barr who was in a logjam of players tied for 12th.

The Asian Tour heads to the island of Macau this week for the Venetian Macau Open.

England’s Ian Poulter will be among the star attractions as he makes his return from a four-month injury layoff with a foot injury.

Poulter was one of Darren Clarke’s assistant captains in Europe’s unsuccessful Ryder Cup bid and will be joined by Clarke in the field at Macau, along with South African Branden Grace and defending champion Scott Hend.

Australia’s recent winner of the U.S. Amateur Championship, Curtis Luck, has also accepted an invitation to join the field.