Bad weather blows out day one of US Open

Intermittent waves of rain, thunder and lightning suspended play on three separate occasions during the opening round of the US Open, wreaking havoc on the day’s proceedings.

When the horn blew for the third and what proved to be final time, at 3:51 p.m. local time, only nine players had completed their rounds and 78 had yet to tee off. 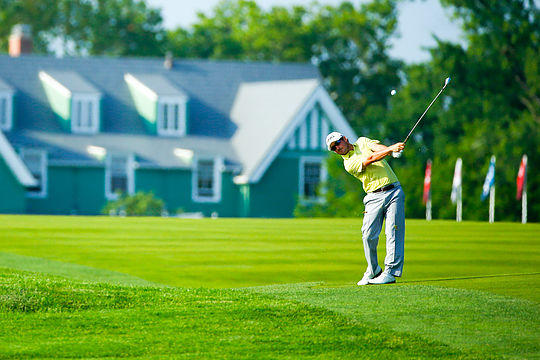 Only two of the seven Australians in the field are on-course early, with Aron Price, who birdied the first to briefly lead the tournament, completing his round at 6-over.

Marc Leishman sits alongside Jordan Spieth at 1-over after 14 holes.

World number one Jason Day plus Adam Scott, Geoff Ogilvy, Steven Bowditch and Cameron Smith were due out in the afternoon groupings, however, their tee times are delayed.

American Andrew Landry, the world No.624 from Texas who is playing in his first major championship sits at 3-under, with a birdie putt upcoming on his final hole, to be one clear of the field. With five birdies offsetting two bogeys, he is at 3 under through 17 holes.

Two-time Masters champion Bubba Watson (14 holes) and New Zealand’s Danny Lee (13 holes) are just one shot off the pace in a share for second at 2- under.

Amateur Scottie Scheffler fired a one-under 69 to be joined by England’s Lee Westwood (13 holes) and fellow Americans Kevin Streelman (16 holes) and Harris English (12 holes) as the only other players under par.

Players will face a different Oakmont following the storms. Nearly 38 millimetres of rain fell on Oakmont in 18 hours, softening one of the hardest courses in the world.

While the thick, nasty rough became even more difficult because of the moisture, the greens and fairways became a tad more receptive.

Fortunately, weather for the rest of the week looks clear. While the course will need some time to dry out, there shouldn’t be any delays during the next three days if the forecast holds true.