Queensland’s Viraat Badhwar has opened a one stroke lead on the field with an impressive 4-under par 68 at Bribie Island Golf Club in the opening round of the Australian Boys’ Amateur Championship.

Badhwar, a former Callaway World Junior champion, had five birdies and a bogey en route to his lead. 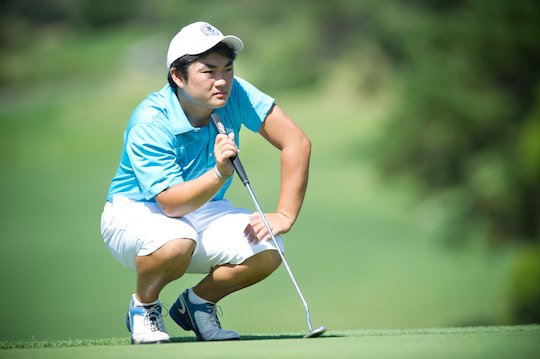 His closest rival is Kiwi teen Tyler Hodge who shot a 3-under par 69 in the afternoon to sit second.

South Australian and former junior champion Anthony Murdaca shot a 1-under par 71 to be in a tie for fourth with Queenslander Jack Weston.

A total of six players are in a tie for third at even par including Queensland locals Douglas Klein and Kade McBride and Trans-Tasman Cup representatives Ricky Kato (NSW) and Lucas Herbert (VIC).

Kato was 3 under par through 16 holes but a bogey on 17 and double bogey on 18 brought him back to the field.