Badhwar wins Master of the Amateurs

Viraat Badhwar has won the Australian Master of the Amateurs with a two stroke victory over third round leader Brady Watt.

With putting at a premium during the final day, Watt’s chances for another top amateur title were dashed on the 391 metre par-4 6th where he four putted from 10 feet on a pin that was devilishly placed top-left of the green.

To Watt’s credit the world number sixteen quickly recovered with a solid par on the short but difficult 135 metre par-3 7th.

However, the wind had been taken out of his sails from the events of the previous hole and he would return a final round of 78 to finish at 7-under. 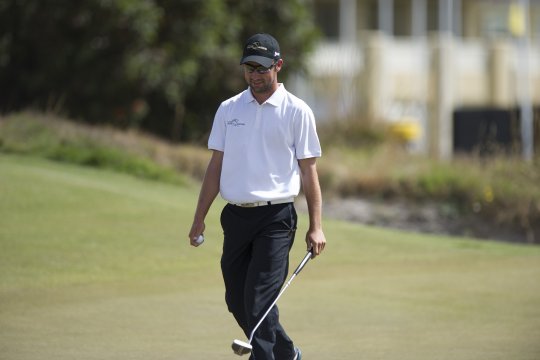 Brady Watt in action during the final round of the Australian Master of the Amateurs at Royal Melbourne (Photo: Anthony Powter)

The final round would prove costly for Watt – who had held the lead since Wednesday’s second round – as Badhwar carded seven birdies in a display of precision golf, going out in 1-under par for the front nine and coming in with a 1-under par back nine.

“I just was able to give myself opportunities,” said Badhwar, who will attend Stanford University next year to play in the US Collegiate system whist studying a degree in Engineering & Business.

“It was tough on the greens with the wind. You had to keep under the hole and anything above and down-hill proved very challenging. I am very proud to have won this title and to have done it at Royal Melbourne.” 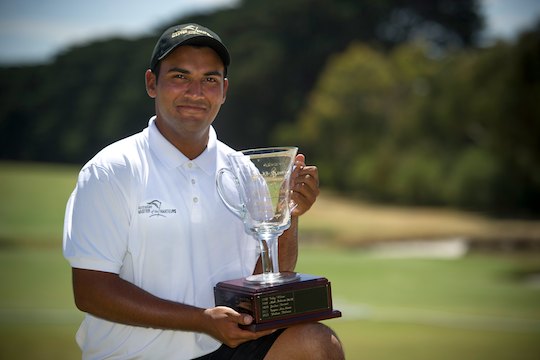 Viraat Badwhar, winner of the 2013 Master of the Amateurs at Royal Melbourne (Photo: Anthony Powter)

Geoff Drakeford entered the final round in a share of second position and also had trouble with the flat stick in today’s tricky conditions.

The Victorian would record a final round of 75 to finish in third position at 6-under after earlier rounds of 67-70-70, a stroke ahead of the 2012 winner Nathan Holman, who took outright fourth position at 5-under.

Badhwar entered the tournament ranked 97th in the world and his position is sure to climb as the event included seven of the world’s top-20 players.

“That’s something to look forward to,” says Badhwar.

“I’ll be based in the US and to get automatic starts in their main events is a bonus. This certainly has been a fantastic week for me and this victory is very special.”

USA and Australia finished equal in the World Cup with the USA Team of Patrick Rodgers and Brandon Hagy winning on a count back.

Royal Melbourne again provided the perfect test with just 9 of the 54 invited players bettering par for the four round tournament.