New South Welshman Darren Beck shot a course record equalling round to grab the outright lead on the opening day of the Coca-Cola QLD PGA Championship presented by Wippells Volkswagen.

Beck finished his round before play was suspended due to lightning and came home in a hurry recording eagles on the 12th and 17th holes to post his 9-under 61, equaling Tim Hart’s course record set in 2016. 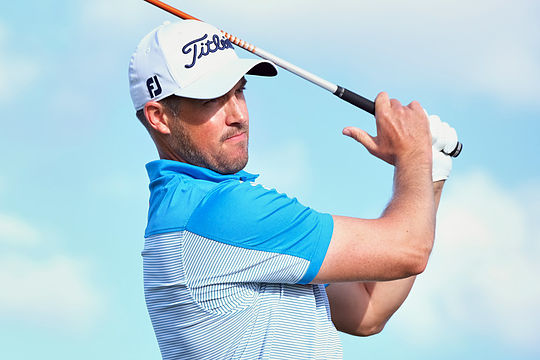 “I played quite nicely today, I didn’t get in to too much trouble all day which was nice,” said Beck who was also bogey free today.

“I gave myself a lot of birdie putts and the back-9 I holed a couple of really long ones, it was just a great day for scoring.”

Queenslander Brett Rankin set the early pace with his 7-under 63; fast starts haven’t been Rankin’s strong suit at the beginning of the 2018 ISPS HANDA PGA Tour of Australasia season so he was pleased to go low at City Golf Club so early in the tournament.

“I’m extremely happy with that, the last couple of weeks my first rounds haven’t been the greatest starts so it’s good to get out there and get a good start, my game actually feels really good,” said Rankin.

“It’s something I spoke to my coach Richard Woodhouse about, a bit of a mindset and a little bit of a set up change. I figured out myself in the pro-am on Tuesday and that little tweak seems to have found the magic.”

“I drove it really well, hit my irons really good and putted pretty solid so I’m really happy with the start.”

Kris Mueck, who only arrived at the course today was in fine form on a course where he has enjoyed some strong results in the past, he joins Rankin on 7-under par.

Finishing his first round one shot behind on 6-under 64 is Queenslander Jake McLeod, who ended his round on a high with a birdie on his final hole.

Joining McLeod on 6-under 64 is New South Welshman Aron Price, whose putter went cold over his back-9.

“It was a good round; I birdied six of the first eight and was putting quite well then the putter dried up. But after that I hit every fairway and every green and only made one putt which was a tap in,” said Price.

Joining the pair on 6-under par is New Zealander Kieran Muir who was blemish free for his round of 64 on the par 70 layout, Victorian Josh Younger also joins them.