It hasn’t been a year to remember for popular Englishman Andrew ‘Beef’ Johnston.

The fans love him but he has not been able to win this year and is heading for Australia determined to make up for that. 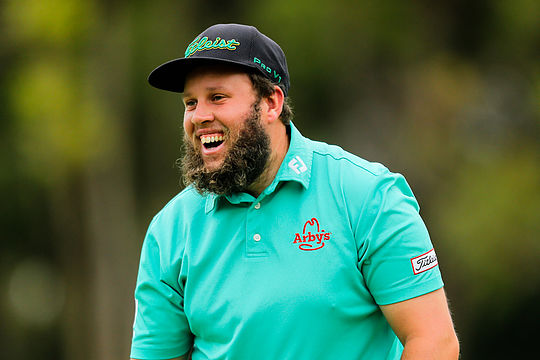 The big fellow will make his Australian PGA Championship ‘debut’ at Royal Pines Resort on the Gold Coast next month.

Johnston will have to account for a couple of in-form Aussies, Marc Leishman and Cameron Smith who have already committed to the event, which runs from November 29 to December 2.

Yet Johnston is likely to attract just as many fans as he loves to inter-act with fans.

“I’m really looking forward to getting back to Australia in the summer and I definitely couldn’t call myself a proper Englishman if I haven’t ticked the Gold Coast off my list,” said Johnston.

“To be part of the last professional tournament in Australia for the year will be pretty cool too; it will be good fun celebrating the year Down Under with everyone.”

Since winning twice on the Challenge Tour in 2014, Johnston has been a regular fixture on the European Tour and broke through for a win on the circuit in 2016 at the Real Club Valderrama Open de España, hosted by the Sergio Garcia Foundation.

In 2018 he’s recorded three top-10 results including a runner-up finish at Hero Indian Open where he went down in a playoff to Matt Wallace.