Mollymook Golf Club’s Kelsey Bennett has won a spot in the US Women’s Amateur Championship in August.

Bennett finished equal first in the recent 18-hole USGA qualifying event at the West Pines Golf Club in Douglasville, Georgia thanks to an impressive round of 4-under 67. 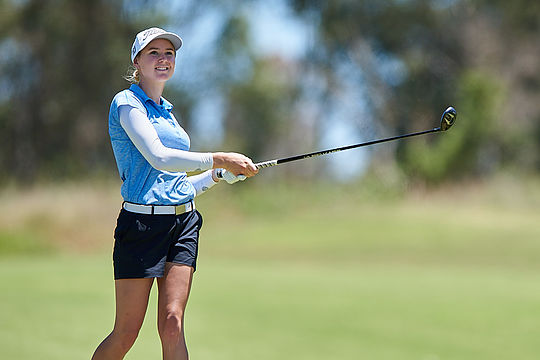 The 22-year-old joins fellow Aussie Kirsten Rudgeley, who finished as 1st Alternate, at another qualifying tournament in Minnesota. Both Kelsey and Perth’s Rudgeley have also been chosen to represent Australia at the 2022 World Amateur Teams Championship in Paris, France in August.

Bennett, who plays out of Sydney’s St Michael’s, has enjoyed quite the year finishing third in both the NSW and Australian Amateurs and making the quarter-finals at the recent Women’s Amateur Championships in England before going down at the 20th hole to eventual grand finalist, Louise Rydqvist.

Last year she won the Tasmanian Open, NT Amateur, and the Victorian Amateur and in November finished in a share of second place at the Asia Pacific Championship in Abu Dhabi.

The US Women’s Amateur was won for the first time by Australian in 2019 when Gabi Ruffels defeated Albane Valenzuela 1-up. Ruffels narrowly missed back-to-back wins going down to Rose Zhang at the 38th hole in 2020.