Versailles, France: American Daniel Berger’s controversial withdrawal after just one shot on the opening day of the WGC – Bridgestone Invitational bizarrely has taken place on the 20th anniversary of Robert Allenby’s similar controversial tee shot and then withdrawal from the 1996 Volvo Masters.

And Berger’s shot was no different to Dutchman Joost Luiten competing three years ago in the European Tour’s BMW Masters. 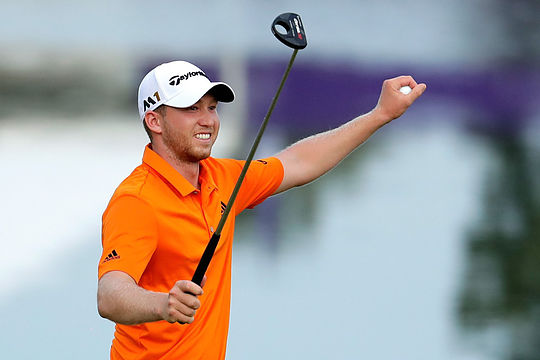 In fact, the current FedEx St. Jude champion had bowed out of the WGC-Dell Match Play in March after hurting his wrist when his club nicked a stone wall on the downswing and when he was all square with Phil Mickelson on the 18th hole.

But there is nothing in WGC or PGA Tour rules that stops a golfer from withdrawing if only the player hit just one tee shot.

However for that one tee shot, Berger will collect a cheque for $US 50,500 and the amount allocated in the US$9.5m event for last place in the no-cut field.

Berger’s decision immediately sparked a twitter fury and with most humorous and not criticising the American as his actions were purely within the rules.

Rewind three years ago and Joost Luiten played just one shot and withdrew from the BMW Masters in Shanghai.

Under European Tour regulations the injured Luiten had been forced into teeing-up and playing shot under the Final Four Series guidelines but tell that to South African Justin Walters who was first reserve in the limited field event.

Luiten was supposed to play alongside Luke Donald but the Englishman didn’t see the funny side of the story and tweeting at the time: “New Euro Tour rule this year states that you have to play at least 2 out 3 events before Race to Dubai to be eligible [for that event].”

“If that rule wasn’t in affect then Joost would have withdrawn prior to event and 1st reserve would have got to play this weeks event. Can’t blame Joost – new rule forced his hand.”

SKY’s Richard Boxall, heard Walters say, “I can’t watch this”. He missed Luiten hitting it and in Donald’s words, “120 yards, straight down the middle”, before shaking the hands of Donald and, Miguel Angel Jimenez, the other member of the “threeball”, and proceeded to head back to the clubhouse

Now let’s go back to 1996 and the European Tour season-ending Volvo Masters.

Aussie Robert Allenby had finished third earlier in the year in the inaugural Loch Lomond Invitational but in walking to the car park he tripped in a rabbit hole or similar and twisted his ankle. He was taken to the nearby Vale of Leven Hospital and advised to rest.

Allenby sought to rest by travelling with his then manager, Andrew Ramsay on Spain’s Costa del Sol where the car they were driving crashed into a bollard.

Allenby broke his sternum and also needed 15 stitches to a head wound and cut his lip badly in the accident but then found himself teeing up at Valderrama as under then European Tour guidelines he needed to tee up in order to earn part of the Tour’s bonus pool.

However the then 25-year old Allenby was now back home in Melbourne with the Tour insisting Allenby needed to tee-up in the Volvo Masters or forfeit the £73,000 bonus.

Fellow Aussie Rodger Davis, and a previous winner of the tournament, remarked at the time: “They’re saying rules are rules, but there is such a thing as discretion which a tournament director is entitled to use.

“There is no way Robert should be put through all this, an exception should have been made given the circumstances.”

However a precedent had been set by the Tour in 1992 when Ian Woosnam attempted to gain exemption from the event due to a back injury. The Tour wouldn’t yield, and Woosnam didn’t play. The result was that Woosnam who finished 11th in the Order of Merit didn’t get any “bonus pool” money.

Allenby, then third on the Order of Merit and knowing the benefits of ending the year third, boarded a London-born flight and then connected to Malaga.

I was among plenty of bemused media when Allenby found his way to the first tee in readiness for his 8.50am tee time.

Colin Montgomerie, who would later that week capture his fourth of eventually eight European Tour Order of Merit titles, was clearly not amused saying: “The rules say Robert must compete to benefit from the bonus money, but he is hardly competing, is he? I feel if would be better if the money was put into the prize fund.”

Allenby himself played the straightest of bats to suggestions that the morning’s performance should have been avoided.

“The rules are written,” he said. “If you break them for one person, you have to break them for everyone. I guess it comes down to the PGA and the sponsors. Once I knew the rule I was always going to come over.”

Like Berger and Luiten, Allenby hit his tee shot and promptly withdrew £73,000 richer.