This week’s Bermuda Championship marks the first time a PGA Tour event will feature fans since the Players Championship was shut down in mid-March.

It won’t be a free-for-all though with just a maximum of 500 fans allowed at the Port Royal Golf Course per day. 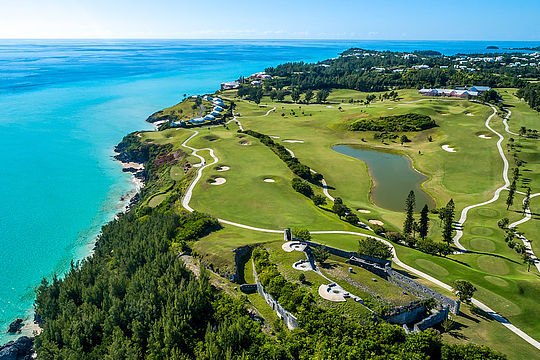 Like Australia, the small island nation of Bermuda has escaped most of the issues surrounding the COVID-19 outbreak with government protocols helping to keep the pandemic under control.

Fans will be required to undergo a COVID-19 test before and after they arrive in Bermuda with daily temperature checks and masks a requirement for anyone entering the golf course.

The Bermuda Championship isn’t alone in its rush to get fans back with the Houston Open in Texas next week allowing up to 2000 spectators per day.

And while that makes sense in Bermuda where the virus is under control, the US continues to lead the way with record numbers of new cases being diagnosed every day…and that has left more than a few players uneasy.

“For me personally, I don’t like the risk that having that happen the week before the Masters,” said Phil Mickelson last week about playing at the Houston Open.

“I just feel like the week before the Masters, like that’s a big tournament we have and I just don’t want to have any risk heading in there. It has made me question whether or not I’ll play there.”

“It’s not worth the risk with only three events left in the US…we’ve made it this far without issue, why rush back?”

Only time will tell if it’s the right decision but at this stage you have to wonder why the PGA Tour would risk the players’ safety for such a small return.