After 18 holes, Bettencourt, who hails from the Mandurah Golf Club, had opened up a commanding 9up lead over Queensland’s Ali Orchard and most spectators and officials were prepared to concede the title to Bettencourt. 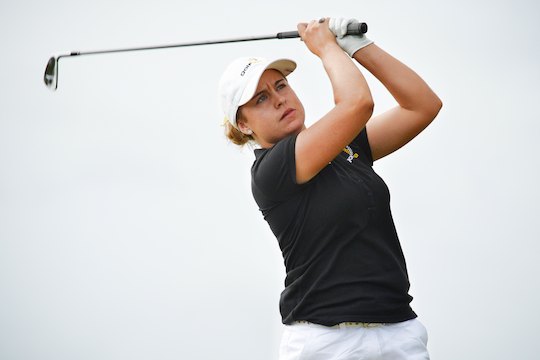 Nobody showed the script to Orchard however as the Surfers Paradise Golf Club member displayed true fighting qualities to win five of the next nine holes to cut the margin.

Bettencourt however, was able to stem the flow and steadied to hold on to win 4&3.

The result was a reward for some steady golf from Bettencourt, who finished 7th overall in the 72 Hole Strokeplay rounds leading into the Matchplay series.

A member of the Western Australian Girls Amateur Team and runner up in the 2011 Australian Junior Amateur, this was the most significant victory of Bettencourt’s young career to date.