The strongest ever field is set to line up for the Saudi International as it makes its much-talked about debut on the Asian Tour next February.

A $5 million purse, up from $3.5 million in 2020, and one of the highest Official World Golf Ranking point totals available outside of the US have made the Middle Eastern event a tantalising prospect for some of the world’s best golfers. 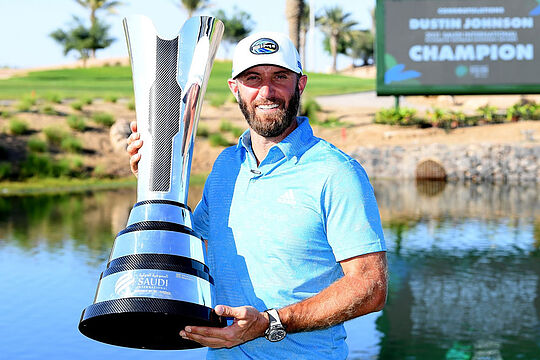 World No.3 and two-time champion, Dustin Johnson, will return to defend his 2020 title along with World No.4, Xander Schauffele and World No.7, Bryson DeChambeau.

Joining them will be 2019 champion, Graeme McDowell, a trio of Masters champions including Adam Scott, Phil Mickelson and Sergio Garcia, Kevin Na, Louis Oosthuizen (World No.10) and many more.

It’s an interesting predicament for the PGA and European Tours, who, despite hopping into bed with the Saudis previously, have now made it clear they are not fans of the Kingdom with questions surrounding their human rights violations. And given the Tours hold all the cards for player releases, things could get messy if they don’t play ball.

“We have not granted any conflicting-event releases for the Saudi International tournament,” the PGA Tour told Golf Channel this week.

“Per PGA Tour regulations, a decision on conflicting-event releases can be made up until 30 days before the event’s first round.”

As the oil-rich Middle East looks to diversify its offerings in light of the ongoing electrification of cars, the bags of cash being thrown at golf by the Saudi Kingdom and other countries in the region is only going to increase.

And that means an almost inevitable clash with the PGA Tour and European Tour around its players is set to come to a head as money versus allegiances will be sorely tested in the coming years.