From humble beginnings of a shared vision to place Fiji on the lucrative international golfing map, the Fiji International has come a long way in just a few short years.

“When we launched this tournament back in 2013, we used the amazing words of Nelson Mandela to highlight the way in which sport has the power to change and inspire, to awaken hope and to speak to people in a language they can understand,” said Brian Thorburn, CEO of the PGA of Australia. 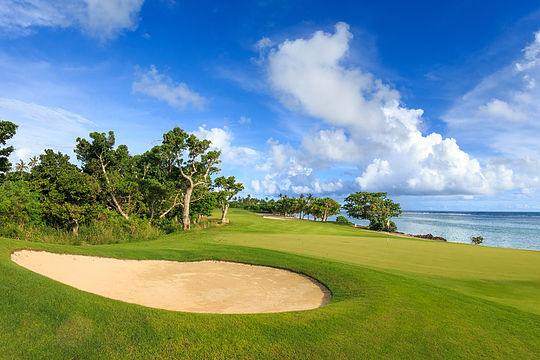 “Through the language of golf, and the language of Fiji we’ve spoken to the people of the world and the world has listened and taken notice. We had a vision to put Fiji on the global golfing map, to show the world the magnificence of your country, the hospitality of your people and to build your most acclaimed Fijian sporting event ever.”

“This year we have become a co-sanctioned tournament with the European Tour, joining the second oldest tour in the world, and becoming part of a Tour played in 27 countries with 47 tournaments. We’ve come of age,” added Thorburn.

Year after year, the calibre and depth of the field has grown with this year’s field boasting seven PGA Tour winners, headlined by Hall of Famer Vijay Singh and World No. 23 Brandt Snedeker, who will soon break from Ryder Cup celebrations in Minnesota to travel directly to Fiji for the championship.

Adding to the spectacle this week is the announcement of former NFL convert and current Gold Coast Titans player Jarryd Hayne, who will attend the tournament after being named as an ambassador for the event in his ancestral home.

The first round of the $1.5 million Fiji International tees off tomorrow (6th October).