As many as four strokes behind during the final round, Ko clawed her way back into contention and ultimately made a playoff against American Morgan Pressel with a clutch birdie on the final hole in regulation play. 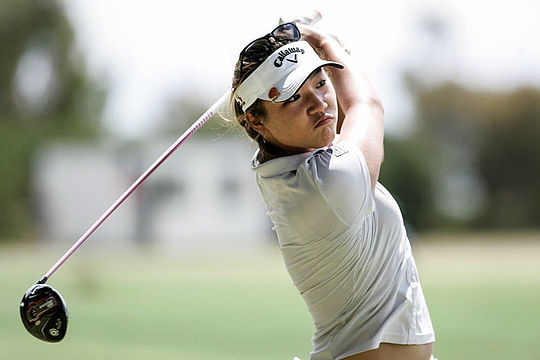 In 2014, Ko was in a similar position and pitched close for a nerveless birdie to win the title outright.

This time around, Ko needed to birdie to force a tie and again showed the mettle which has taken her to the top of the rankings in the women’s game, wedging to within 8-feet and holing the putt to tie Pressel at 8-under 280.

Pressel then had a chance to win outright but agonisingly missed with her birdie effort on the 18th.

Playing the same hole in the playoff, Pressel looked to have the advantage but once again, missed from around 10-feet to send the duo back to the tee once again.

The second time around, the world number one’s approach was clinical, finishing within four feet of the hole to gain the advantage.

When the unlucky Pressel’s birdie chance again slipped by, Ko calmly rolled the putt home for her second win on the LPGA this season and her seventh overall – the perfect birthday present after turning 18 on Saturday.

“I started off pretty bad, that wasn’t the way I had planned it. I just made a couple of birdies and managed to get to one-under on that front nine, and I just tried to make some birdies. That long putt on 15 definitely helped,” Ko said.

“This week I hit the ball really well, and that definitely makes this course a lot easier. The fans were awesome this week, it is always good to come back to a tournament where you feel the love. It’s been a great birthday week again.”

Overnight leader, 17-year old Canadian sensation Brooke Henderson, was a shot behind in third place after closing with a two-over 74 to finish at seven-under.

Minjee Lee shot a final round even par 72 to finish the event at 1-over, tied for 18th, while Karrie Webb (T57), Sarah Jane Smith (T62) and Katherine Hull (T70) finished well back in the field this week.

Stacy Lewis returns home to Texas this week to defend the Volunteers of America North Texas Shootout title she won in comprehensive style with a six-stroke victory in 2014.