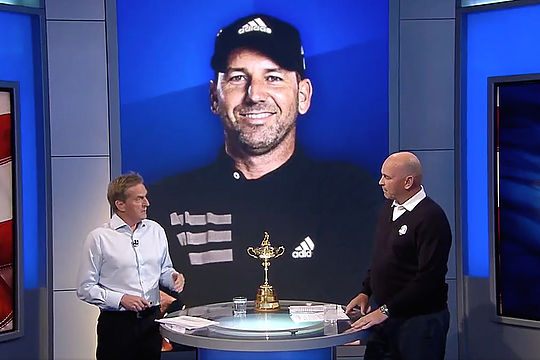 “These four were desperate to be part of The Ryder Cup and as soon as they got the call, their minds went straight to, ‘right, we’ve got to achieve something in Paris’” said Bjørn.

“If I had written down 12 names before I started my captaincy journey, it wouldn’t have been far away from this. I’m very delighted with this team and I’m very proud to be captain for these 12 players. They bring so much to European golf, and they are just a fantastic group of guys.”

“We know what we are up against. We know what America brings, but I’m confident that this is the group of guys that can do the job.”

Casey, Garcia, Poulter and Stenson bring with them a combined total of 20 previous Ryder Cup appearances with the quartet contributing 48½ points to the European tally in that time.

Garcia, who has made a total of nine appearances for Europe, is now only three points away from becoming Europe’s leading all-time points scorer.

“It feels amazing. I’m very thankful to Thomas for believing in me. I know that it probably wasn’t an easy decision, but he knows what I bring to the team, not only game-wise but inside the team room,” said Garcia.

“It’s been a tough year. I’ve been working hard. I feel like my game is coming along. Obviously I played quite nicely in Greensboro a couple of weeks back, and now I’m trying to be as ready as I can be to help the European Team win that Cup back. That’s the goal and that’s what we want.”

41-year-old Casey makes his return to the European Team for the first time in a decade after playing his way back into contention with victory on the PGA Tour’s Valspar Championship and a further five top ten finishes worldwide in 2018.

Casey said: “It’s been ten years since I last played a Ryder Cup. I’ve put a lot in to this, so to stand here confirmed as part of this team is amazing, I’m very honoured. It’s great to play for Captain Bjørn and I’m very excited.”

Bjørn’s team will be looking to extend an impressive winning record on home soil that dates back to the 1997 Ryder Cup in Spain when the biennial tournament was played for first time on Continental Europe.