Bjerregaard, who had shared the lead on day two, came from four shots behind Hatton, despite a bogey at his last, to finish a shot clear of the Englishman with a closing 67 and capture his second Tour title at 15-under par.

“It was nice coming down the stretch with a chance to win. Played some really good golf, and you know, just kind of fell just short,” said Fleetwood.

“There was a lot of good stuff. Had a chance on 16 and 18, 18 especially. You got to 15, you feel like you’ve got a chance still. All in all, a great week, really, and I’ve played some really good stuff. Game is obviously in a good place.” 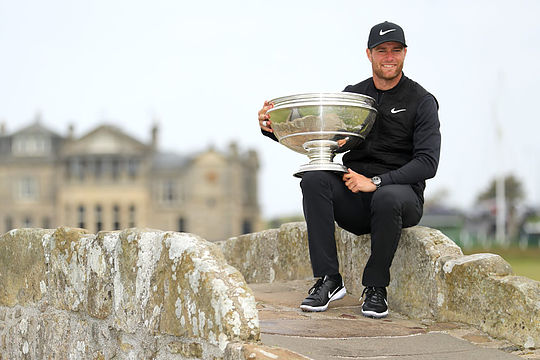 Hatton let slip the chance of becoming the first player since Tiger Woods (2005 – 2007) to win three European Tour events in succession when he bogeyed the 15th and 16th hole, and this is after Hatton got off to a flyer with four birdies in succession from the third hole.

“I’m pretty disappointed because I had a five-shot lead at one point. It was in my hands,” said Hatton.

“There’s positives. Obviously finishing second is a good effort. Tried my best obviously to win it again. It would have been pretty special to have three in a row. Didn’t work out. Wasn’t meant to be. Enjoy a week off at home now and head over to South Korea.”

And Bjerregaard admitted afterwards he drew inspiration from being present last week in the European Ryder team room thanks to captain and mentor, Thomas Bjorn.

“I first met Thomas in 1997 when he played in his first Ryder Cup and he was kind enough to invite to the Saturday of last week’s Ryder Cup, so I went,” said Bjerregaard.

“He showed me around and while it was a busy week for him, I was in the team room and the locker room and I would be lying if I said I wasn’t inspired going home from there.”

The forecast of 60kph plus winds saw the final round bizarrely played in a ‘shotgun’ format usually reserved for Wednesday pro-ams, and to the credit of organisers the round was completed and Bjerregaard handed the trophy just after 2pm.

Australia’s Lucas Herbert continued his superb recent form finishing in equal 7th place at 9-under and one shot in front of Marcus Fraser, who crumbled under the final round pressure to finish with a 5-over 77 and T10.

Jason Scrivener (T24), Deyen Lawson (T28) and Jake McLeod (T48) were the only other Australians to make it through to the weekend.