It really comes as no surprise that Thomas Bjorn has been named European captain Henrik Stenson’s as one of his vice-captains for the next Ryder Cup in Italy.

The 51-year-old Bjorn was announced by his fellow Scandinavian as Europe seek to regain the trophy from Zach Johnson’s USA lead team later next year in Rome. 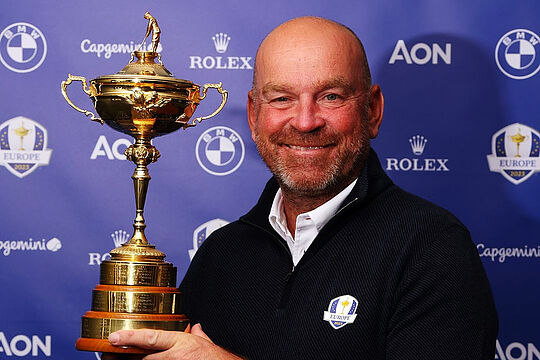 It will be Bjorn’s fifth stint as a vice-captain, while he was also captain when Europe humbled the Jim Furyk-led USA side at the Le National on the outskirts of Versailles in 2018.

“I trust him implicitly,” Stenson said of Bjorn, “and I know any advice he will give me will be honest and direct.”

“He will not simply tell me what he thinks I want to hear and that will be important.”

Bjorn said he presumed his days in a leadership role at Ryder Cups were over after 2018.

“But Henrik called me to talk about captaincy in general,” Bjorn said, “and that led to him asking me if I wanted to do another stint as vice captain, which I agreed to.”

Others expected to be chosen by Stenson to act as vice-captains, if they do not qualify automatically, will be Graeme McDowell, Ian Poulter, Justin Rose and fellow Swede Robert Karlsson.