Blitz Golf is set to shake up professional golf with the inaugural event this Friday at Glenelg Golf Club in South Australia.

The short format is designed to provide all the excitement of a full 72 hole tournament in only 18 holes and in just one afternoon with some calling it the T20 version of golf. 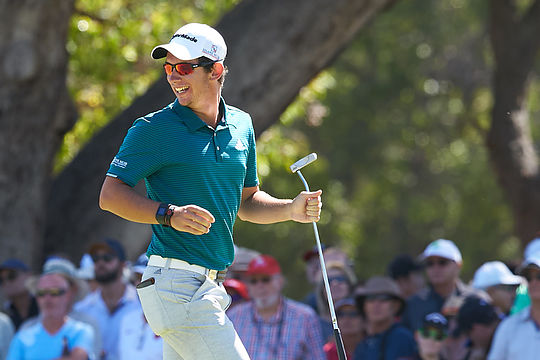 After the first 9-holes, both pools are cut to the top-12 players who advance through to round two and compete over a further 6-holes. A second round cut of a further six players halves each pool and builds the tension as the remaining players move into the third round to compete over 3-holes.

After the 3-hole sprint, in round four the top-2 players in each pool meet at the 18th tee to compete for the title of 2018 Blitz Golf Champion and the lion’s share of the $45,000 purse.

Blitz Golf is the brain child of Adelaide based property developer Simon Zybek, a relative new comer to the game of golf.

“Being relatively time-poor myself, I thought spectators and players alike would take a keen interest in a shorter version of the sport,” said Zybek.

“In the same way many other sports have adopted or trialled shorter formats, Blitz Golf has an opportunity to attract new people to the sport, in particular families and a younger demographic.

“The whole idea of Blitz Golf is that the stakes become higher as the golf gets shorter and we’ll have a result at the end of the day.”

Chairman of the PGA of Australia and one of Australia’s most well known Tour Professionals Peter O’Malley is in the field and also excited about seeing the format played for the first time.

“The format is very appealing and I think we’ll see some aggressive golf as we get players scrambling to advance through the rounds, it’ll certainly be entertaining for the fans.”

The afternoon at Glenelg Golf Club has so much more on offer for the viewing public too with a free junior clinic, free carnival rides, DJ’s, food trucks, the chance to win major prizes including a brand new caravan plus a wedge shootout for the professionals.