BMW Brighton to sponsor Master of the Amateurs

The Australian Master of the Amateurs tournament has gained another boost with Peter Mann, Tournament Director and Founder, announcing that Brighton BMW have joined the list of sponsors for Australia’s highest world ranked amateur event.

The event is in its 20th year and sees the world’s best amateurs tackling Royal Melbourne’s West layout in the first week of January. Players from the USA, China, UK, Japan, Europe, along with Australia’s best, do battle for the ‘Green Jacket’ and exemptions into major US and UK events. 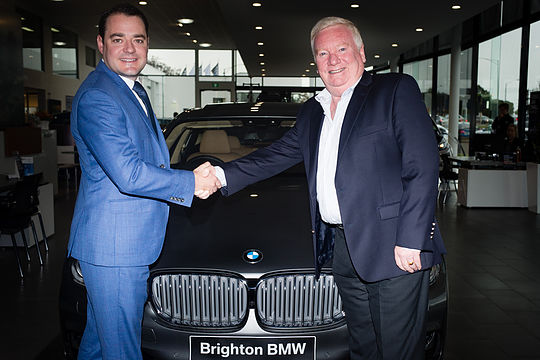 “This is shaping up to be one of our best in the tournament’s history and I am delighted to have as part of our family of loyal sponsors Brighton BMW,” said Mann.

“BMW such an iconic global brand and it’s great to have them on our journey as we host the 20th anniversary at The Royal Melbourne Golf Club.”

Andrew McGillivray, New Car Sales Manager, explains that “Brighton BMW is aligned to developing golf talent and is proud to associated with such a high calibre amateur golf event.”

At a time where a number of amateur tournaments struggle to remain relevant, the Australian Master of the Amateurs continues to grow from strength to strength.

“We are very excited with the calibre of international players that will be playing,” says Mann. “We will bring to Royal Melbourne an amateur field like nothing seen before in this country.”

“The International Committee of Selectors have received many expressions of interest from the best in the US and Europe as well as the UK. I am confident the 20th anniversary promises to be an exceptional tournament with the level of international talent unparalleled by any other amateur event in this country.”

Boasting a tournament ranking amongst the best in the world, recognised as an official R&A ranking event and sitting as Australia’s top ranked amateur tournament, the Master of the Amateurs enjoys a unique position.

Run without the politics commonly associated with amateur golf impeding the tournament, the Australian Master of the Amateurs enjoys a unique standing. This freedom has clearly enabled the Master of Amateurs to grow.

The tournament has already proved to be a prominent stepping stone in the golfing careers of Australians Jason Day, Brendan Jones, Cameron Smith alongside US PGA Tour young guns such as Rickie Fowler, Morgan Hoffman, Patrick Rodgers and European Tour star, Victor Dubuisson.