Christel Boeljon of the Netherlands came from three strokes behind overnight leader South Korea’s So Yeon Ryu to claim a one stroke victory at the Australian Ladies Masters on the Gold Coast.

The win was Boeljon’s second on the Ladies European Tour, after claiming the 2011 Turkish Airlines Ladies Open, and secured the Australian Ladies Masters trophy with rounds of 66-65-68-68 for a 21-under-par total. 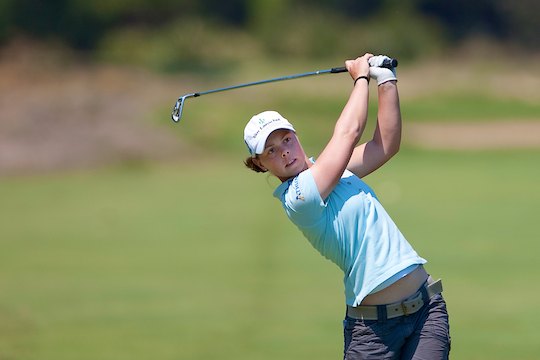 Ryu, the US Women’s Open champion, slipped into a share of second with Italy’s Diana Luna and  South Korea’s, Ha-Neul Kim at 20-under-par.

Gwladys Nocera raced up the leaderboard with a final round 8- under 64 to finish her tournament on 18 under-par and in fifth position.

With this week’s Australian Open attracting six of the world’s top-10 players to be played at Royal Melbourne, Beoljon heads to the tournament full of confidence after failing to make the cut in her last three events.