Frenchman Gregory Bourdy birdied his closing three holes to end a four-year winless drought for a two shot victory in the Wales Open at Celtic Manor.

The 31-year-old Bordeaux-born Bourdy, who also claimed a fourth Tour success, came from three shots back to eagle the second and then birdie 16 and 17 before holing a 15-foot birdie at the last in a round of 67 for an eight under par total. 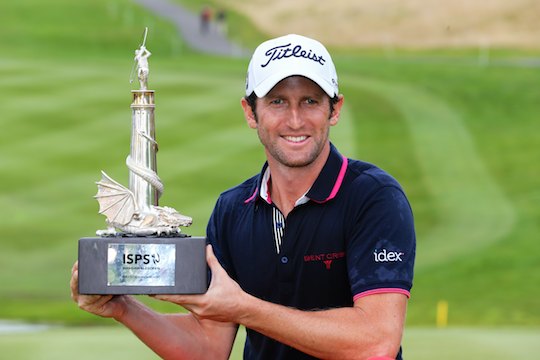 American Peter Uihlein, who went into the last round leading by three shots also birdied 16 and 17 but the Florida golfer failed to match Bourdy’s effort at the last to finish second with a 72 for a six under par tally.

The Frenchman said: “It was an amazing round. I started great with an eagle on the second, which gave me a lot of confidence for the rest of the round.”

“Unfortunately I made two bogeys on 13 and 14, so I knew I needed some birdies and to finish with three in a row was amazing.”

“I’m going to remember this finish for a long time. A lot of great moments have taken place here during The Ryder Cup, and I was thinking about that on the 18th hole when I was walking up the fairway.”

“So I’m very proud to win this trophy at Celtic Manor.”

Uihlein was naturally disappointed to have missed out on securing his second European Tour title, but was magnanimous in defeat.

Denmark’s Søren Kjeldsen finished in third place on five under par after closing with a best-of-the-day round of 66.

Brett Rumford finished as the top Australian in a tie for 8th place to continue his run of good form that began at last week’s Johnnie Walker Championship at Gleneagles, where he finished equal 6th. The West Australian now sits in 7th place in the Race to Dubai rankings with €1,037,355.