Rory Bourke has got his international season off to a flying start with a runner-up finish at the Scottish Open Stroke Play Championship held at Kilmarnock (Barassie) north of Troon.

Bourke finished at 6-under-par with rounds of 69-71-73-73 to be equal with South African, Haydn Porteous, four strokes from the eventual winner, France’s Paul Barjon. 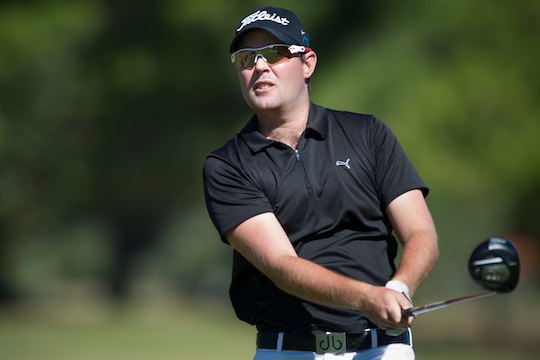 Rory Bourke has got his international season off to a flying start with a runner-up finish at the Scottish Open Stroke Play Championship (Photo: Anthony Powter)

Bourke started the 36-hole final day in a share of third position and two behind second round leader Scotland’s Ross Bell, along with fellow Australians Matt Stieger and Brett Drewitt.

Stieger fired closing rounds of 74-73 after opening with 71 and 69 to finish in a share of third position at 5-under-par along with France’s Lionel Weber.

Zordan Zunic was another Aussie to feature well with the semi-finalist at this year’s Australian Amateur recording a top-10 finish in his first international event in the UK with rounds of 71-75-73-71, to be at 2-under-par.

Drewitt opened with a stellar round to lead the championship after the first day and takes away from this event some confidence with his game as he hopes to be fit for this week St Andrews Links Trophy, which commences on Friday at the home of golf.