A three time winner on the PGA Tour of Australasia Bowditch now competes on the US PGA Tour. 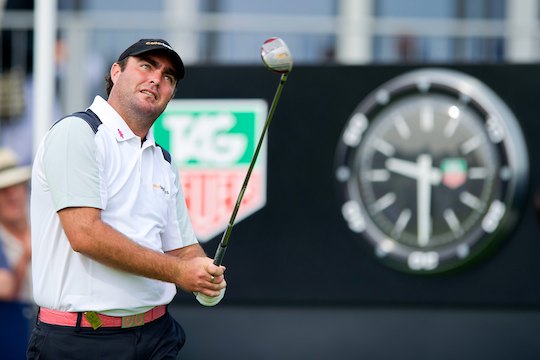 Steven Bowditch’s motivation to run the pro-am was to repay the generous support he has received over his career and raise money for a charity close to his heart.

“My personal struggles have been well documented over the last few years and it’s time to say thank you to my fantastic supporters and sponsors,” said Bowditch.

“Twenty-four of my Professional friends from Australia and the USA have agreed to play alongside 100 amateurs in the field which will make it an experience to remember”.

The pro-am will boast $30,000 in prizemoney with Autism Queensland set to be the beneficiary for the inaugural tournament.

“Autism is a condition that has affected a number of children of Professional golfers and in particular an immediate member of my family.”

The Steven Bowditch Charity Golf Day presented by Cellarbrations boasts an impressive field and as well as a great day of golf, participants will be treated to a post round BBQ.

“Players such as British Open Champion John Daly as well as Australians Greg Chalmers, Rod Pampling and many more still to be announced, will tee it up in an effort to help me raise significant funds, with the day concluding with what we are calling ‘Bowdos BBQ’ at Novotel Twin Waters,” added an obviously proud Bowditch.

The inaugural Steven Bowditch Charity Golf Day presented by Cellarbrations is set to be one of highlights on the 2011 Queensland Sunshine Tour.

All funds raised will support Autism Queensland’s Education & Therapy programs throughout the State.