Keegan Bradley fired a 2-under-par 68 on Sunday to pip fellow countryman Rickie Fowler to claim the ZOZO Championship in Japan.

The fourth event of the 2022-23 PGA Tour season took place at Accordia Golf Narashino Country Club, which lies 90 minutes east of Tokyo, and was certainly a thriller in the only PGA Tour event in Japan.

Bradley’s last PGA Tour victory was in 2018 at the BMW Championship and Sunday’s win is his fifth PGA Tour victory including his only major when he won the 2011 PGA Championship in Atlanta. He has just two titles since 2012 and this win moves him into the top-25 in the Official World Golf Rankings.

“It means a lot,” said Bradley. “There’s a lot of hard work that goes into it. Even if you play perfectly, doesn’t mean you’re going to win. But for me, I feel like I should be contending for tournaments, I want to be contending to play on Ryder Cup, Presidents Cups teams, majors. You know, this is going to go a long way. I haven’t really, of my five, I haven’t really won that many leading the entire day like I did today.”

Fowler was looking to end his own title drought, stretching back three-and-a-half years to the 2019 Phoenix Open. The three-time major runner-up and former world No 4 just was not able to get the job done closing with his worst round of the tournament with an even par 70. 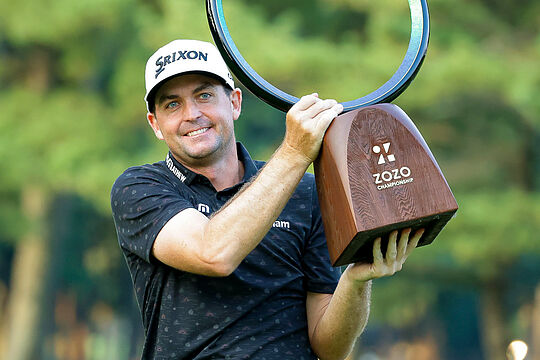 “Final round, haven’t been there a whole lot in the last couple of years,” said Fowler. “I really just didn’t give myself many opportunities until the end. I hit some darn good putts that it was like there was a cover over the hole. Gave it our all, left it all out there.”

Former world No. 1 amateur Keita Nakajima and compatriot Ryo Hisatsune finished in a tie for 12th to lead the Japanese contingent in the field.

Defending champion Hideki Matsuyama shot a final-round 71 to finish in a tie for 40th.

Next up on the PGA Tour calendar is another tournament that was previously part of the Tour’s Asian Swing, the CJ Cup, but was played in the US last year and again this season due to COVID issues.

Rory McIlroy won the event in 2021 by a shot over Collin Morikawa with Sunday’s runner-up, Rickie Fowler, in a share of third place.