American Joseph Bramlett has won the Korn Ferry Tour Championship with a final-round 7-under 65 and a 72-hole total of 20-under par to retain his PGA Tour card for the 2021-2022 season. 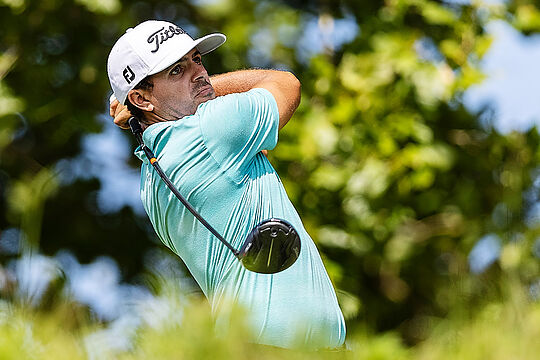 Aussie Brett Drewitt had already earned his playing rights during the regular season by finishing inside the top-25 in the standings and will be joined on the main tour by Lucas Herbert who crossed the 210 point threshold to secure his PGA Tour card.

The next season of the PGA Tour starts next week in California at the Fortinet Championship where Herbert can join the field as a full member for the first time.

Other players who secured their PGA Tour cards with strong finishes at Victoria National on Sunday include runner-up Trey Mullinax and rookies Hayden Buckley and Sahith Theegala. Justin Lower earned the 25th and final card after a T15 finish, edging Taylor Montgomery by 5.273 points. Montgomery finished an agonising 26th in both the regular season points list and the Finals points list, to narrowly miss his first PGA Tour card twice in the space of a month.

Former US Amateur Champions Kelly Kraft also finished in the top-25 at 18th to be promoted to the main tour along with Peter Uihlein who came in at 24th.

Kraft won the US Amateur in 2011 defeating FedEx Cup Championship winner Patrick Cantlay, 2-up, at Erin Hills and Uihlein in 2010 defeated David Chung, 4&2, at Chambers Bay.

Kraft, a 32-year-old from Dallas, Texas, played collegiately at Southern Methodist University and retained his PGA Tour card with a top-10 at the Albertsons Boise Open. Uihlein, also 32 played collegiately at Oklahoma State University, and made the cut in all three finals events and finished tied 16th in the Nationwide Children’s Hospital Championship to earn his promotion.

Due to COVID-19 delays, it was more than 600 days and 46 events since the Korn Ferry Tour commenced at The Bahamas Great Exuma Classic at Sandals Emerald Bay, but the season has finally determined the players to be promoted to the main stage.