New South Welshman Daniel Bringolf (The Australian) holds the first round lead of the 2011 Golf SA Amateur Classic following an excellent opening four-under par round of 67 at Glenelg Golf Club.

Starting from the 10th tee in the morning field, Bringolf made a flying start to the tournament recording four birdies on the back nine and an eagle on the par-5 12th. 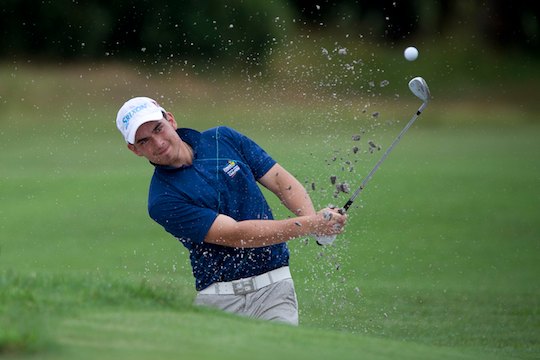 Daniel Bringolf leads round one of the SA Amateur Classic

Bringolf holds a two shot lead on the field with Geoff Drakeford (Commonwealth) and Anthony Houston (Kingswood) both carding 2-under par rounds of 69.

Interstate players dominate the leaderboard after day one, with defending champion Brad Moules (Royal Adelaide) the only local player in the top 15.

Moules will be pleased with a solid start to his title defence in carding a 1-under par opening round of 70, a score shared by Nanthan Holman (Cheltenham), Kalem Richardson (Riverside), Brett Drewitt (Long Reef) and Michael Smyth (The Australian).

Former Australian test cricketer Greg Blewett is also in the mix after an opening round 74.