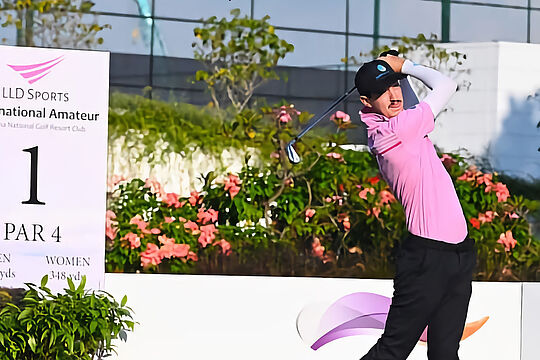 “This is my first time being out of Australia playing an event. It’s pretty good to come away with a win. I’ve won a couple of events in Australia but this is definitely one of the biggest ones I’ve won,” said Croker.

“I came here playing pretty well. This week I swung it good and putted well. The greens are similar to home so it didn’t feel too unnatural. I played some really good golf and the scores showed that.”

Victorian Toby Walker was the next best of the Aussies in a 6th place with Charlie Nobbs (T15) and Hunter Gillard (T17) rounding out the top-20.

On the women’s leaderboard, it was another Queenslander Hannah Reeves, who lead the way for the Australians in 7th place followed by Tasmania’s Hallie Meaburn (12) and South Australian Amelia Whinney (15).