Bubba Watson equalled the tournament record at the PGA Championship on Friday with a second-round 7-under 63 but it may be the last we see of the 43-year-old two-time Masters champion for now.

In a congratulatory social media post for Justin Thomas, Watson said he has been diagnosed with a torn meniscus and may be out of the game for up to six weeks. 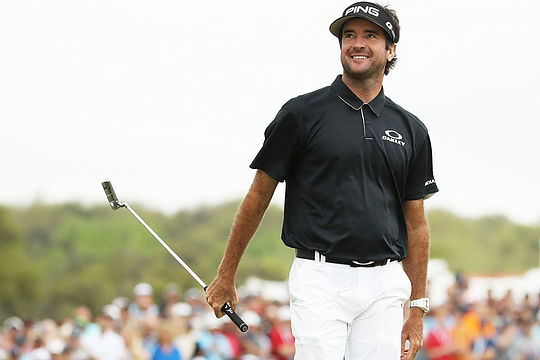 “Congrats @justinthomas34 on #2 @pgachampionship!! Great job out there. Things didn’t go as well as I’d hoped for, but this year’s event was great as always. Tying the PGA Championship record for lowest round on Friday wasn’t bad either!”

“I’ve been fighting through some knee issues and I’m disappointed to say I have to pull out of the @charles_schwab_challenge this week. My doctors have confirmed that I have a torn meniscus. We’re figuring out treatment options, but it’s looking like a 4-6 week recovery before I can get back to playing. Hope to be back at it soon.”

After moving into a share of 4th place on Friday, Watson fell into equal 30th with rounds of 73 and 75 across the weekend…and now we know why.

Watson is unlikely to be fit in time for the US Open on June 16. He also looks set to miss the Travelers Championship a week later on June 23rd where he is a three-time champion winning in 2010, 2015 and 2018 and finishing runner-up behind Marc Leishman in 2012.