Queensland’s Cameron Smith has won LIV Golf Chicago for the first LIV Golf title and the biggest payday of his career.

Unfortunately, with officials still evaluating Greg Norman’s request for world rankings points, Smith’s World No.3 position looks set to continue to slide despite his victory on the breakaway tour.

“I feel as though I needed to prove to myself and probably more so to other people that just because I’ve changed tours doesn’t mean I’m a worse player for it,” Smith said after the win. “I’m still out here to win golf tournaments.”

“I’m proud how I hung in there…I probably didn’t have my best stuff for the first eight or nine holes but I stuck it tough and made a few good putts coming in.”

When asked about whether a rivalry is brewing between him and Dustin Johnson, who defeated Smith in the previous LIV event in Boston, Smith was quick to agree.

“DJ is probably the one in the group of players here that you look at and think he’s going to be pretty close to the top of the leaderboard every week. I hope he thinks the same about me and we can keep this going.” 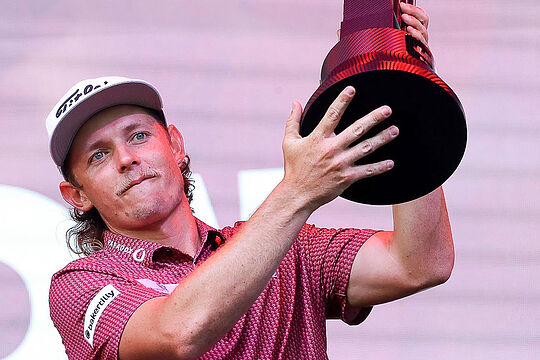 Matt Jones was the next best of the Australians on 4-under and equal 16th place while Jed Morgan and Wade Ormsby shared 37th on 4-over and Marc Leishman at 6-over.

LIV Golf now moves east for the LIV Golf Invitational Bangkok at Stonehill Golf Course from October 7-9 before visiting Jeddah on October 14-16 and then back to the US for the $50 million season finale in Miami in late October.