Smith takes day one lead with 62 at RBC Heritage

Queensland’s Cameron Smith has surged into the outright lead on day one of the $7.1 million RBC Heritage in South Carolina.

The 27-year-old, who finished tied for 10th at last week’s Masters, reeled off a bogey-free, career-low 9-under 62 including three consecutive birdies in his opening nine holes. 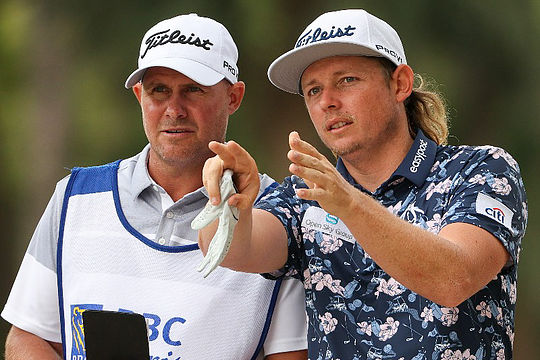 “Everything just came together. It was a great day on the green. I was hitting my irons really good. I had lots of good looks, and I just took advantage of them,” said Smith.

“Mentally I feel very free out there. I feel like I can hit the shot that I need to hit and going ahead and trying to execute it. I just feel like every shot I’m hitting, I’m putting 100 percent into it, and on a day like today, it’s really rewarding.”

Coming off a week at Augusta National, Smith spoke about the feeling of relief in not having to worry about where to place every single shot.

“Augusta, especially how I played last week was very stressful, I mean, you’re almost worried about every shot out there it seems like.”

“After Sunday I drove back down to Jacksonville. I had a couple days at home. I drove up here Tuesday lunchtime, just played nine holes in the pro-am, and I felt like my game was in a really good spot.”

After holding the clubhouse lead for most of the day, veteran Stewart Cink sits in outright second place on 8-under 63, pipped at the post by Smith’s afternoon efforts.

Another two shots back in equal 3rd place are Matt Wallace and Collin Morikawa.

Despite a week in the spotlight, Will Zalatoris has done well to regroup to card a 3-under 68 for an 18-way share of 17th place alongside the likes of Masters champions, Sergio Garcia and Danny Willett.

“Admittedly I’m a little fried from last week. Coming out the gates making a couple birdies was nice. There was just the one mistake all day, and I don’t regret the decision. It was just really a bad shot. It is what it is, especially after last week,” said Zalatoris.

Cameron Davis is the only other Aussie in the field and sits in 35th place.