Hot on the heels of Marc Leishman’s return home for the first time since 2019, Olympic teammate Cameron Smith has also announced his commitment to the Australian golfing summer schedule.

The World No.2 and newly-crowned Open Champion will play the Australian PGA Championship at Royal Queensland Golf Club in Smith’s hometown of Brisbane followed by the Australian Open in Melbourne in early December. 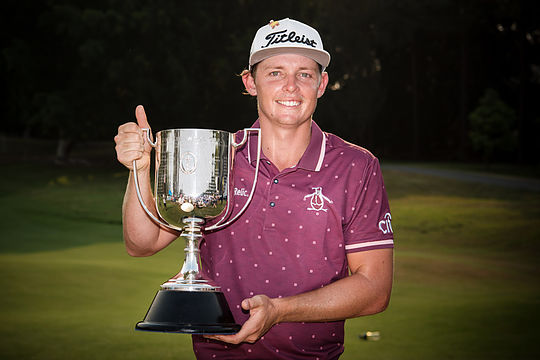 Ranked 52nd in the world and in the country for the Presidents Cup, Smith last played both events in 2019 where he finished T10 at the Australian PGA as defending champion having won the title over Marc Leishman at Royal Pines in 2018 for his second consecutive Australian PGA trophy.

“I’ve had an unbelievable year and to be coming home to play tournaments is the icing on the cake,” said Smith.

“I’m so excited to see friends and family again. Some of them I haven’t seen for years now and once I get to the golf course, I’ve got my eye on some more trophies.”

“Winning the Fortinet Australian PGA Championship in 2017 and 2018 was awesome so to be playing in Queensland again, wearing my maroon shirt on Sunday around Royal Queensland, will be very special.”

Smith has enjoyed an incredible season of golf, winning the Sentry Tournament of Champions, the Players Championship and the 150th Open Championship along with a third place at the Masters in a year that included 7 top-10 results and US$10 million in prize money.

The proud Queenslander joins fellow PGA Tour-playing Aussies Marc Leishman, Lucas Herbert and Min Woo Lee along with DP World Tour winner and Kiwi Ryan Fox, who will be making a trip Down Under this summer.