Queensland’s Cameron Smith has begun the new year in style firing an 8-under 65 to take a one-shot lead at the invite-only Sentry Tournament of Champions in Hawaii.

“I started off pretty terribly, to be honest. I just needed those two eagles to get a really low one happening. Obviously two really long putts and probably quite fortunate that they went in, but they went in,” said Smith about his eagles at the par-5 5th and 15th holes, which helped turn around a second hole bogey.

“The course is really receptive, it’s going to be low scoring all week unless the wind gets up. I don’t think that’s meant to be the case, so, yeah, it will probably take something, maybe three more of those to get the job done.” 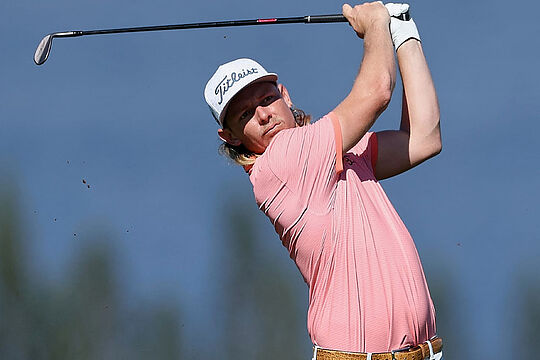 Despite sitting a shot behind Smith, Rahm’s bogey-free round was a tidier affair with three straight birdies on his opening nine followed by another four more beginning at the 13th hole and closing at the 18th for a 66 in his first professional round in more than 80 days.

“You can always expect a little bit of rust. I took time off, but I wasn’t on the couch doing nothing. I was still working out. I was still practicing as if I was still in the season. I took maybe three weeks off of golf, which were very needed. But even though I was home, I was practicing.”

“It’s really good to come out and start the year off the right way.”

Lucas Herbert, Marc Leishman and Cam Davis were the next best of the Aussies in a share of 13th place following rounds of 4-under 69. Herbert comes fresh off his performance at the inaugural Sandbelt Invitational in Melbourne just a few days before Christmas.

Matt Jones sits another shot back in 23rd place.