New Zealand’s Ben Campbell fired an opening 2-under-par at the St Andrews Links Trophy in Scotland to be three behind first round leader Wales’ Rhys Enoch.

In a field that is littered with Europe’s best, Campbell’s first round 69 has put the Kiwi is a strong position to challenge for another top amateur title in an event where he recorded the best score of the Australasians finishing 19th last year. 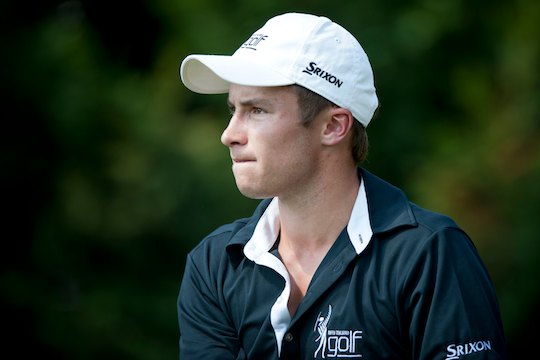 Franco Romero, a 16-year-old from Argentina, had five birdies in his last seven holes to lie second with a 67, a stroke ahead of Scottish Walker Cup hopeful, Kris Nicol.

Tom Lewis, another Walker Cup contender, shares third with Nicol after an opening 68.

Despite near perfect weather, at least before an afternoon breeze, there were no outrageous scores with players having difficulties with taming the New Course.

Kalem Richardson and Matt Stieger are the best of the Australians scoring first rounds of even par-71 and are in a tie for eighth position with eighteen others, five strokes behind Enoch.

Brett Drewitt opened with a 2-over-par, 73 to be in a tie for fortieth which is the cut mark to qualify for the final 36 holes to be played over the Old Course on Sunday.