Spaniard Jorge Campillo won the 2020 Qatar Masters on the European Tour on the fifth extra hole of a two-man playoff with Scotland’s David Drysdale after the pair finished regulation play at 13-under.

The pair birdied the first two attempts to separate them, before then both scoring par on the next two playoff holes. Campillo then broke through with a birdie on the fifth extra hole to claim his second victory on the European Tour. 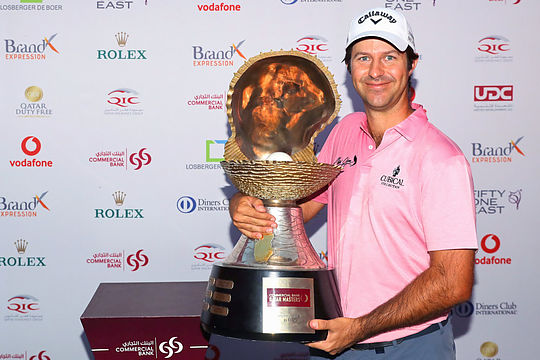 Sweden’s Niklas Lemke carded the lowest round of the day with his six-under-par 65 moving him into a tie for 3rd, alongside Finland’s Kalle Samooja and Denmark’s Jeff Winther.

Earlier, Campillo had a two shot lead ahead of the final two holes, but hit a double bogey on the 17th to open the door for the playoff. He then composed himself marvellously with a par at the last to remain alive.

“I’m just so proud right now of the way I played in the play-off,” said Campillo.

“David was hitting some great shots into the hole and I had to make some putts. Three birdies out of six on 18 to win is something to be proud of.”

It was the Spaniard’s 250th European Tour start with the 33-year-old rising up to 84th in the world.

Commiserations go to Drysdale who was searching for his maiden European Tour title in his 498th start on tour, having turned professional back in 1995.

Australia’s Jason Scrivener was five under for the final round to finish six shots off the lead with a share of 21st place at 7-under to be the best of the Aussies.

The European Tour schedule now has a week off, following the postponement of the Magical Kenya Open presented by Absa. The next tournament will now be the Hero Indian Open, which takes place in New Delhi from March 19-22.