Can Jason save the Day at Presidents Cup?

The Presidents Cup gets underway at Jack Nicklaus Golf Club Korea in Songdo, Incheon this Thursday with the cream of the world’s best attending.

Jordan Spieth, who won this year’s Masters and the US Open, lifted the trophy of the playoff final Tour Championship and was named the PGA Tour Player of the Year last week just before flying to Korea. Rickie Fowler is also in Korea. 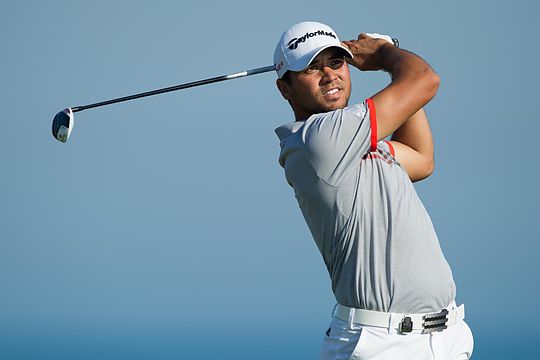 Australians Jason Day and Adam Scott, both former world No. 1′s, will face the might of Team USA. Day is the top-ranked player for the International Team, made up of non-European stars.

The US Team will be led by world No. 1 Jordan Spieth, setting up the tantalising prospect of a showdown between the world’s two best golfers.

“I think it’d be a lot of fun to play against Jordan,” said Day. “We’ve gone back and forth this year. I think everyone wants to see that. Anyone on the US side, I am happy to play against.”

Day, 27, is coming off the best season of his career, winning his first major at the PGA Championship after a series of close calls, and winning two FedEx playoff events. He briefly overtook Spieth as the world’s No. 1, though Spieth regained the top spot by taking the season-ending Tour Championship.

Since the biennial team event began in 1994, the International side has only one victory – at Royal Melbourne in 1998, and one tie, in South Africa in 2003.

The US certainly has the upper hand by way of depth and talent, but the new format, with fewer points, helps neutralise those advantages.

“I know I will have to play my best for the team and so will all of the boys if we are going to be successful,” said Day, who has an individual 4-4-2 record from his two previous appearances at the Presidents Cup.

“We have managed to get a deduction in overall points this time around so hopefully that will mean it is competitive going into the Sunday singles.”

Other Aussies in Nick Price’s lineup include Adam Scott (world No.14), Marc Leishman (No.37) and captain’s pick Steven Bowditch (No.58), who’s making his maiden appearance.