Can we overcome the St Andrews hoodoo?

It’s half-a-century or five decades. In biblical terms, it’s two score years and 10. But no matter which way you look at it, it’s 50 years since an Australian-born golfer won a British Open at the Home of Golf. 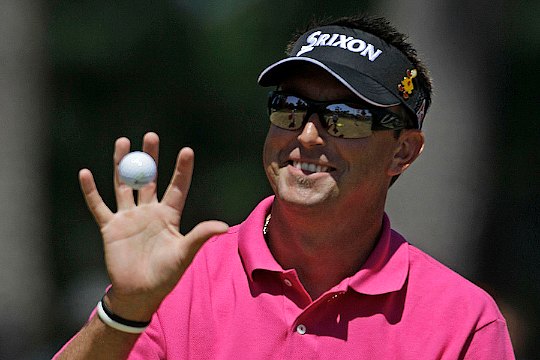 Can we overcome the St Andrews hoodoo?

This year’s 150th anniversary of the British Open marks the 50th anniversary since Kel Nagle won on the links of ‘the Old Grey Toon’. So on this special occasion can one of Australia’s new breed of golfers repeat Nagle’s feat?

Nagle captured the 1960 Centenary British Open, denying Arnold Palmer by a stroke in the American’s British Open debut. Palmer would win the next two championships, including turning the tables on Nagle in 1962 to win by six strokes at Royal Troon with the popular Sydneysider coming in second.

However, while Nagle won at St Andrews in 1960, it’s generally agreed that Palmer’s visit that year sparked a revival in American interest in the tournament and led to more of the leading American players competing in the British Open.

For Nagle it was his third British Open, having joined now long-time friend Peter Thomson in making their British Open debut in the 1951 championship at Royal Portrush. While it was a first for Nagle and Thomson, it was also the first, and now only occasion, the Northern Ireland club has hosted the British Open.

Nagle then returned to Britain four years later and this time to St. Andrews and he was among the first to congratulate Thomson, who clinched the second of his five British Open titles. Nagle was born in North Sydney in December, 1920 and later this year will celebrate his 90th birthday.

However at age 19 and with the outbreak of World War II, Nagle found himself being called into Australian Army’s anti-tank regiment, where he served with distinction.At the end of the War, Nagle resumed his passion for golf and in 1946 turned professional. Nagle proceeded to claim more than 60 victories, including six Australian PGA Championships, seven New Zealand Opens and seven New Zealand PGA titles. He also won 17 international victories highlighted by the 1960 British Open plus wins in the 1961 French and Swiss Open and the 1964 Canadian Open.

Earlier that year Nagle headed to the US, where he was loaned a set of Spalding clubs and used the clubs to shoot a 65 in the company of Ben Hogan while contesting the Colonial National Open in Texas. Thomson was so impressed he suggested Nagle retain the clubs and use them to contest the British Open.

“You’re playing great, you’re driving it straight, you’re putting well so much so I think you can win the Open,” said Thomson, now a four-time British Open winner. Nagle responded: “But I’m 100 to 1.”

Nagle kept the clubs and honed his game around the famed Home of Golf with Thomson as his practice partner. It was not the only thing Nagle borrowed that year as he borrowed Thomson’s jacket to wear for the prizegiving ceremony. Nagle went very close to again capturing golf’s oldest major a number of times.

Aside from finishing runner-up to Palmer in 1962, he was sixth in 1961, fourth in 1963, fifth in 1965 and fourth in 1966. He also finished runner-up in the 1965 US Open, losing a play-off to Gary Player. Nagle wound up his competitive career capturing three US Senior Tour titles in the early to mid-70s.

For his contribution to golf, Nagle was indoctrinated into the World Golf Hall of Fame in 2007.

And if you’re visiting the British Open at St Andrews this year, your entry ticket will also allow you entry into the British Golf Museum located right behind the R & A clubhouse at St Andrews. Go in there and have a look at the special St Andrews British Open winners section where you will see on display the putter Nagle used to par the 18th hole at the Old Course to win the 1960 British Open.

Here is the list of Australian players currently exempt and who will be contesting the 2010 British Open championship at St Andrews:

Five-times British Open winning Peter Thomson (1954-56, 1958 and 1965) along with Ian Baker-Finch, winner of the 1991 British Open will be at St Andrews to contest the ‘Champions Challenge’ on the eve of the championship.

Kel Nagle, the oldest living British Open champion at age 90, was invited to be present at St Andrews but is unable to travel to the Home of Golf.