Five second-round birdies in the first eight holes was the perfect catalyst for Canberra amateur Josh Armstrong to storm into the field for next month’s prestigious US Amateur Championship.

Armstrong will now head for Pinehurst in North Carolina full of confidence after joining NSW state team-mates Jordie Garner and Blake Windred in the field. 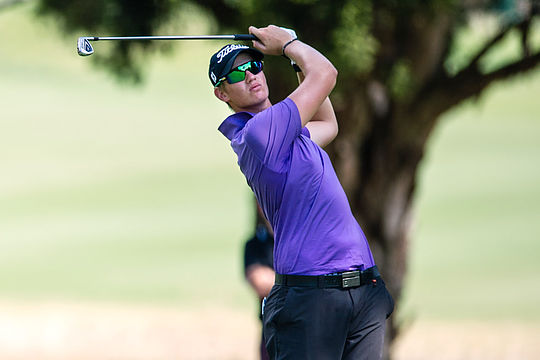 The 20-year-old hotshot had rounds of 69-65 to get the job done as he bagged the final spot on offer at Capital City Club in Atlanta.

The excited youngster explained how he remained patient despite being midfield after a 69 in the opening round.

“I got away to a good start in the second round which put me in a good position,” he said.

“I didn’t hole much yesterday, so I said to myself ‘be patient and don’t try to force it’.”

Despite boasting a playing record which includes a couple of world ranking event wins and an appearance in the Junior Presidents Cup, this will be Armstrong’s first appearance in one of the world’s most elite amateur championships.

“It is a perfect stepping stone for what I want to do,” Armstrong said.

“I’ve got three events in a row. I’m not sure I’ll play the Canadian Amateur yet; we’ll see.”

Certainly Armstrong has a busy schedule of tournaments, beginning with the Pacific Coast Amateur at the University of New Mexico.

Then it’s the Pacific Amateur, followed by another elite event, the famous Western Amateur in Michigan before the likelihood of also playing the Canadian Amateur in Nova Scotia.

Armstrong is expecting a ‘posse’ of friends and family to be heading for Pinehurst to cheer him on.

“Mum and Dad are going to fly in, and my girlfriend Doey (Choi), is staying on after she finishes playing in the Women’s Amateur,” he said.