The LIV Golf soap opera continues this week with Henrik Stenson announcing that he has made the move to the rebel tour along with PGA Tour players Jason Kokrak and Charles Howell III.

Despite earlier rumours, it still comes as a shock to many that the current European Ryder Cup captain would choose to abandon his post having only been appointed in March this year. 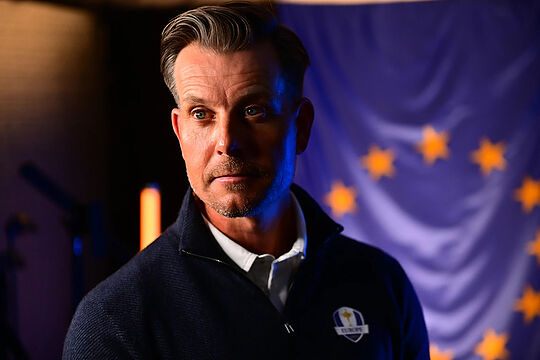 “After much consideration I have decided to join several of my fellow professionals and play in the LIV invitational series starting at Bedminster in a week or so’s time,” tweeted Stenson.

“My interest in this concept has been well documented over the past few years and despite some of the unfortunate and ongoing tension between LIV Golf, the DP World Tour & PGA Tours, ultimately, the opportunity to play in LIV events moving forward is something that I want to experience.”

Of course, a reported $40 million sign-on bonus was no doubt the catalyst for his final decision. In recent years, the 46-year-old had fallen outside the world’s top-150 and hasn’t won an official tournament on the PGA or DP World Tour since 2017 so the riches that await the Swede just for teeing it up would be hard to ignore.

Padraig Harrington, who captained Team Europe to a loss at Whistling Straits last year and is now part of the selection committee that gave Stenson the nod, was clearly unimpressed with Stenson’s surprise announcement.

“I have no empathy there. He took the Ryder Cup job when LIV was in doubt, and now that LIV is pretty much mainstream, he’s jumped ship,” said Harrington.

However, the Irishman was confident a successor would be quickly found.

“It is 15 months, plenty of time. No issue as regards the actual team, there’s been nothing set in place about the selection processes or qualification processes. Really doesn’t affect the Ryder Cup in any shape or form. I’m sure we’ll have a new captain installed pretty soon.”

Who will be next in line? Last week rumours circled British Open champion, Cameron Smith, but it is hard to see him giving up the bright lights of the PGA Tour at this time in his career. He has already amassed close to US$10 million this year and is closing in on US$30 million since joining the tour in 2014. He also now sits at No.2 on the FedExCup leaderboard, where there is a US$75 million pool available in the playoffs beginning in August.

The addition of Stenson, Kokrak and Howell along with previous newcomer Paul Casey and the return of Spanish amateur star David Puig Currius sees five players needing to depart ahead of next Friday’s LIV Golf Invitational Series at Trump National Golf Club Bedminster in New Jersey.