Daniel Fox and Jarryd Felton have secured top-10 results on the Asian Tour at the Indonesia Open played at Pondok Indah Golf Course.

Fox finished at 10-under the card to finish in a tie for 6th position, with Felton a shot behind to share 10th position. 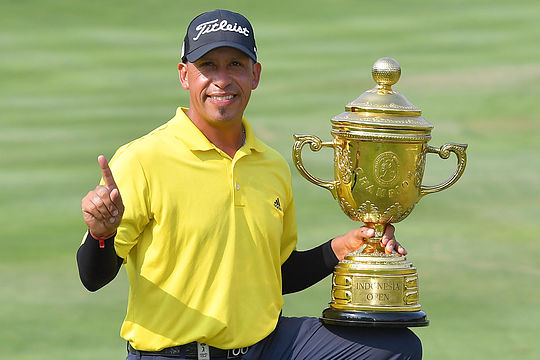 The Aussies were seven shots adrift of the eventual winner, Miguel Carballo. The Argentinian mounted one of his career’s biggest comebacks by overturning a six-shot deficit to claim the title.

Not since 2007 has the Asian Tour seen an Argentinian winner when Angel Cabrera won the Singapore Open. The 40-year-old, who won the Asian Development Tour Order of Merit last year, now secures playing privileges for next season on the main Asian tour.

Jake Higginbottom finished in a share of 22nd position with Zach Murray. Andrew Dodt backed up his win at the Sarawak Championship to share 29th position with Aaron Pike to round out the top-30 finishers.

The Asian Tour heads to Chinese Taipei for the Yeangder Tournament Players Championship which will take place at the Linkou Golf and Country Club from September 5-8.

Aussie Scott Hend is currently number 2 in the tour standings with US$528,160, in prize money, Zach Murray moving to 6th after a T22nd finish on the weekend has banked just over US$200,000.

Andrew Dodt rounds out the Australian’s in the top-20 of the tour season standings.