The Open Championship starts this Thursday at Carnoustie and promises to be another spectacular tournament.

Carnoustie is arguably the toughest of all the layouts on the championship rota and that’s not just because of the strong winds that blow along this exposed stretch of land, nor the bunkering, which is perfectly positioned to capture anything less than a top-quality shot, but it’s the fact its a very long, narrow golf course that can be stretched to over 6700 metres. 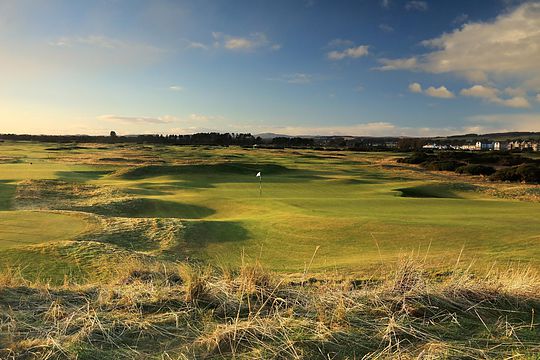 It will be interesting to see how the R&A push the limits this week with distance, especially after the media firestorm that followed the recent US Open at Shinnecock Hills.

Let’s not also forget Carnousite’s 18th hole, which has a long history of drama and will certainly test the world’s best come Sunday. It can play out to 450 metres with out of bounds left off the tee, water left, water right, water short, bunkers straight in front of you, it hardly gets any tougher than that.

Recall the 1999 Open when Frenchman Paul Van de Velde was leading by three strokes standing on the 18th tee and needed just a double bogey to claim the title and become the first ever Frenchman to win the title.

A comedy of errors ensued, with Van de Velde hitting a grandstand, then fluffing his approach in the Barry Burn, wading into the water to hit it before deciding against that, and finally making a two metre putt for triple-bogey to join Paul Lawrie and Justin Leonard in a four-hole playoff.

Lawrie prevailed, and Van de Velde went down in history but not in the way he had hoped just minutes earlier. It’s now part of the folklore surrounding Carnoustie all these years later.

Fast forward to 2018 and all eyes are on who will claim the title.

The return of Tiger Woods for the first time since 2015 after multiple back surgeries gives this year’s 147th edition extra allure. While Woods can always be considered a chance, he will have to have all parts of his game in check to be anywhere near the leaders come Sunday.

Jordan Spieth’s remarkable victory last year, via a gripping saga that began on the 13th where he took a drop on the nearby practice range and managed to get the ball back in play and a spectacular finishing stretch to beat Matt Kuchar, added another layer to the Open’s history of great finishes. Spieth will certainly take some stopping this week.

Four years ago, Rory McIlroy dominated at Hoylake, yet his recent run tends to suggest that he’s not the same force heading into Carnoustie. The money would favour Rickie Fowler, a former links winner and Open contender, and Justin Rose, whose best performance at The Open is now 20 years old.

But let’s not forget the European players, who have shown impressive results all season around the world.

Tommy Fleetwood stormed home at the US Open in blistering fashion and he surely will be a player to follow. Former champion Henrik Stenson didn’t play the Scottish Open due to a wrist injury, yet his peerless ball striking will be rewarded this week.

Italy’s Francesco Molinari has also been in red-hot form with a win at the Quicken Loans National followed by runner-up placing at Sunday’s John Deere Classic.