Casey comes out on top at Porsche European Open

Paul Casey has secured his first European Tour title in five years with a one-shot victory at the €2,000,000 Porsche European Open in Germany.

With just three holes remaining the tournament was locked up in a four-way tie with Casey, Bernd Wiesberger, Robert MacIntyre and Bernd Ritthammer sitting on 12-under before the Englishman made his move with a long birdie putt at the 16th to seperate himself from the pack.

The 42-year-old used his experience to secure another birdie at the 17th before closing with a par, which was enough in the end to claim his 14th European Tour title and the first since the KLM Open in 2014.

“It was nice to make the putts when it counted…and that really was the key. The ball-striking was excellent. I gave myself an awful lot of chances,” said Casey following his bogey-free round of 66. 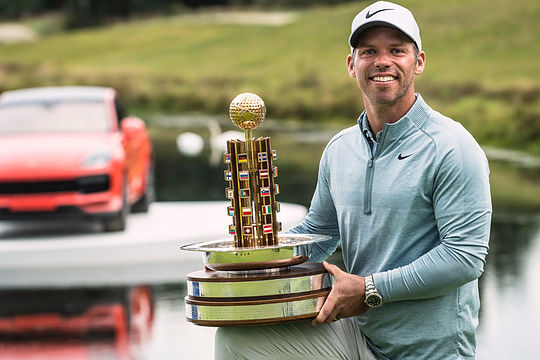 “I get emotional at every victory but this year has been so fantastic,” said Casey, who dedicated the win to Gordon Brand Jnr who passed away suddenly last month at the age of 60. Brand won the European Open title in 1984 and 1993.

“This is an incredibly prestigious trophy that has a lot of history to it on the European Tour so I’m over the moon. I’m happy to be the Porsche European Open champion.”

Australia’s Lucas Herbert turned around his tournament with a final round 69 to finish in a share of 22nd place and take home €21,100 prizemoney.

Scott Hend and Min Woo Lee were the next best of the Australians in equal 36th.