Casey leads, Woods in the hunt at delayed Masters

England’s Paul Casey has taken the clubhouse lead at the 2020 Masters in what was a stark turnaround to his opening round of 81 last year.

The 43-year-old fired a superb 7-under 65 on the rain-soaked Augusta layout but with the likes of Adam Scott (4-under), Justin Thomas (4-under) and Dustin Johnson (3-under) still to complete their opening rounds, Casey might find himself losing his headstart on Friday morning. 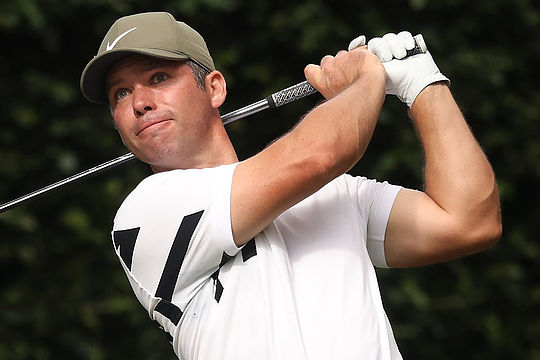 “I’ve not played particularly great golf since the whole pandemic hit…[but] I put in a lot of hard work in a short amount of time and it paid off today with the score I shot,” said Casey, who leads by two shots over Xander Schauffele and Webb Simpson, who both finished their rounds prior to the suspension of play due to darkness.

It wouldn’t be the Masters without Tiger Woods and despite the lack of crowds to feed off, the five-time champ showed that he still has what it takes to compete at the highest level.

Woods delivered his first bogey-free round in any major since the 2009 PGA Championship and closed the day at 4-under and just three behind Casey.

He found fifteen greens in regulation with no three-putts and made 10 out of 14 fairways on his way to a 68, which he currently shares alongside Hideki Matsuyama, Lee Westwood, Louis Oosthuizen, Patrick Reed, Adam Scott, Justin Thomas and Dylan Frittelli*.

“I did everything well. I drove it well. I hit my irons well. And I putted well. The only bad shot I hit today was on 8. I had a perfect number with a 60-degree sand wedge and hit it on the wrong shelf. Other than that, I did everything well,” said an effusive Woods after his round.

Marc Leishman and Jason Day are the next best of the Australians behind Scott in a share of 19th place on 2-under 70.

Cameron Smith shares 48th place with eight holes still to play while Lukas Michel has some work to do to make it through to the weekend following his opening round 76.

44 of the 92-man field will complete their first round early on Friday (US time) after play was halted due to darkness at 5:30pm (local time). The first round will resume at 7:30 on Friday morning with the second round scheduled to tee off at 9:35am.