England’s Paul Casey has captured his first tour win since 2019 with a four-stroke win at the Dubai Desert Classic. It was Casey’s 15th European Tour win and a timely victory that sees him rise from 27th to 16th in the world rankings. 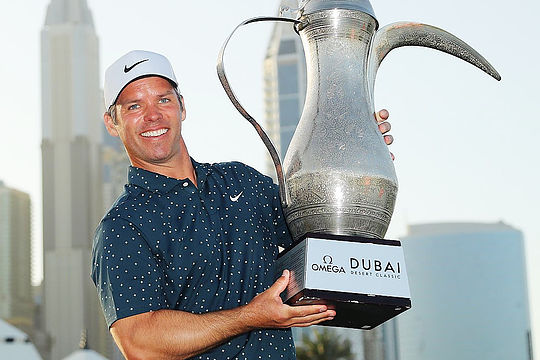 The 43-year-old led by one shot going into Sunday’s final round and a two-under 70 was enough for a 17-under final total at Emirates Golf Club.

“I feel like I’ve regained my youth, I mean that sincerely. I’m all emotional with wins, but with this one…this one is such a prestigious event, the history which is behind you, and I can see it from here with amazing winners, is basically a who’s who in world golf. Dubai have given so much to golf, European Tour golf in general and across the globe.”

Casey shot a third-round 64 to move up the leaderboard and won the event by four shots.

Since joining the European Tour in 2001, Casey has featured consistently on tour.

In 2009 Casey earned his first PGA Tour win by defeating J.B. Holmes in a one-hole playoff at the Shell Houston Open and since then he’s added two more PGA Tour wins to his credit with the 2019 Valspar Championship his last victory. Casey’s best result in a Major was runner-up at the 2020 PGA Championship.

The third straight event in the Middle East for the European Tour continues this week at the Saudi International at Royal Greens G&CC in Saudi Arabia. From there the tour will move to the Qatar Masters beginning 11th March.