Phil Mickelson predicated it may happen and the fairytale almost come true but in the end it was not to be as Woods finished one shot outside of forcing a playoff with eventual winner, Paul Casey, at the Valspar Championship.

In just his fourth official PGA Tour tournament this season, the former world number one was hoping to break a winless drought dating back over four years. A birdie at the first hole had the huge gallery in a frenzy, however it was to be another 16 holes before he was able to sink another one at the par-3 17th to move within one shot of Casey. 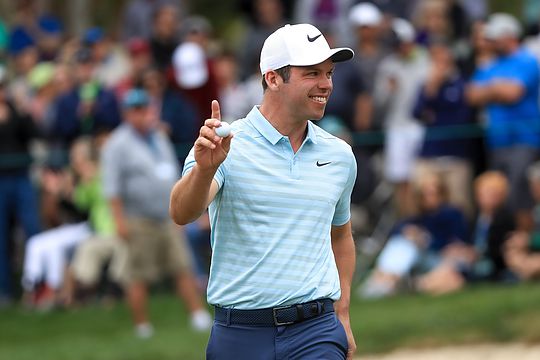 Woods chose to go with a 2-iron at the 18th and left himself with a long approach. His second into the green finished 12 metres short of the hole and despite a valiant effort his birdie putt came up short and Casey, who had finished an hour earlier, was crowned the winner for the first time on the PGA Tour since 2009.

“I keep getting just a little bit better and a little bit sharper,” Woods said following his round. “Today I wasn’t quite as sharp as I would’ve liked to have had it, but I had a good shot at winning the golf tournament.”

“A couple of putts here and there and it could’ve been a different story.”

Woods will now move to 43rd on the FedExCup Standings. He also moves up over 200 places on the World Golf Rankings to 149th, up from 656th just over two months ago.

The 14-time major winner will get a chance to improve on that ranking this Thursday when he lines up for his second consecutive PGA Tour start at the Arnold Palmer Invitational – a tournament he was won a record eight times.

Adam Scott showed glimpses of form again this week to top the Aussie field, backing up his T13 at the Honda Classic with a T16 today following rounds of 70, 73, 66 and 72.

Cameron Smith came home in equal 46th, falling 18 places following a final round of 2-over 73 while Aaron Baddeley was another shot back in a tie for 49th. Rod Pampling was 59th.