It was Green’s 11th top-10 career finish moving her to 15th in the Rolex Rankings following four top-10 finishes this season including the Honda LPGA and the Hugel-Air LA Open where she also finished 3rd. 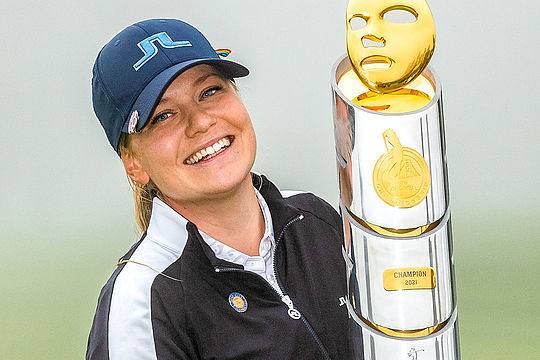 Caster’s LPGA win was the first for a player from Finland and was achieved in just her 15th career LPGA tour start.

The 26-year-old, who began the day two shots back, finished at 14-under at the Lake Merced Golf Club in San Francisco.

“I can’t believe this is happening,” said Castren. “I knew one day it may be me but I didn’t think it would be so soon. I just played hole by hole and tried to stay really patient. I was thinking about winning the whole day. I just tried to focus on one shot at a time and it just happened.”

Castren got off to a fast start and was 5-under through the first five holes. She made birdie on the first three holes and then made a short eagle putt on the par-five fifth.

She made the turn at a sizzling 30, compiling a three-shot lead over third round leader Lee Min of Taiwan before securing the title with an impressive closing round off 65 for a two stroke win over Lee Min.