Austin Bautista has recorded one of the best finishes of his professional career with a tied 7th result at the Austrian Open on the European Tour.

Bautista, playing on an invitation, finished at 7-under-par to be seven shots adrift of eventual winner American John Catlin, who claimed his third title in the past eight months. 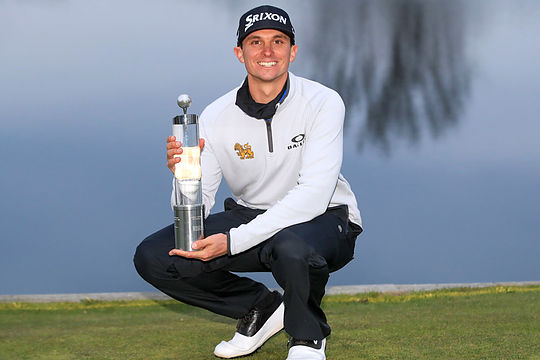 Bautista’s previous finish on the European Tour was a share of 40th last December at the South African Open.

Since turning professional in 2017, Bautista has primarily relied on Australasian Tour events to gain his footing with his best result (T11) coming at the 2017 Australian Masters.

Based in the US, Bautista finished in a share of 13th at Mission Inn Club and Resort’s El Campeon Course in Central Florida in early March to earn conditionally exempt status for the Mackenzie Tour season.

Sunday’s result on one of the biggest tours in the world not only netted Bautista a cool €20,940.76 in prize money, but also has provided him with the confidence to go to the next level.

His result may open doors for possible future starts in Europe, having now played his way into a start at this week’s Gran Canaria Lopesan Open in Spain.

As an amateur back in Australia, Bautista won the NSW Amateur Championship and the City of Sydney Amateur and performed well at the 2015 US Amateur at Olympia Fields Country Club.

Other Aussies competing at the Austrian Open included Deyen Lawson, who was coming off a solid finish at the recent Queensland Open, and secured a share of 33rd position on Sunday, and Maverick Antcliff in a share of 53rd position.

Jake McLeod was the only other Aussie in the field and missed the cut.