American John Catlin secured his maiden Asian Tour title after carding a final-round 3-under 69 to win the US$300,000 Asia-Pacific Classic on Sunday.

The 27-year-old had a nervy start as he dropped two shots on his opening nine holes. However, he recovered when it mattered most, scoring birdies on holes 11, 13 and 14 before holding on for his maiden Asian Tour victory on a 16-under-par 272 total at the St Andrews Golf Club in Henan, China. 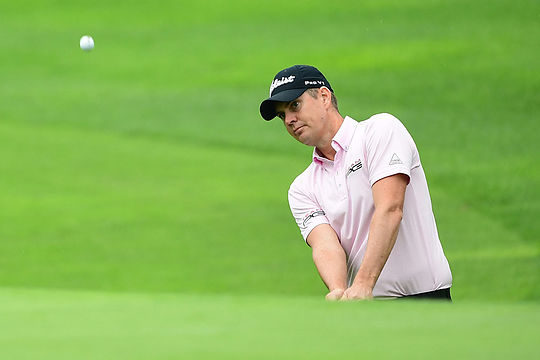 Australia’s Adam Blyth shared second place alongside Thailand’s Natipong Srithong, two shots behind Catlin. Blyth would rue an untimely bogey at the 10th, which took away his momentum in his chase for the title.

“Obviously, it was a great week coming in second place. The earnings will bump me up the Habitat for Humanity Standings,” said Blyth.

“But, when you had that opportunity to win, you want to finish it. Although, he (Catlin) did have the lead coming into today and it just stayed that way. I’ll just have to keep working harder.”

Shohei Hasegawa of Japan finished in lone fourth after carding a 69.

Andrew Martin of Australia and Miguel Carballo of Argentina share fifth place, while Canada’s Justin Shin was a further shot behind in lone seventh place.